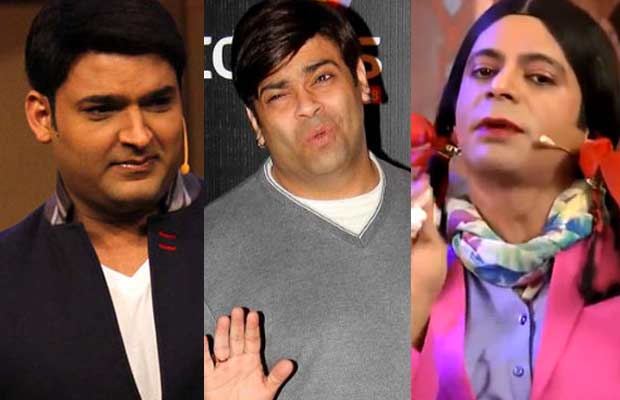 Kiku Sharda says that his upcoming performance with Sunil Grover has got nothing to do with Kapil-Sunil controversy.

After all that has happened in the plight between Sunil Grover and Kapil Sharma, the stars of The Kapil Sharma Show have come out supporting the former. The comedians Ali Asgar and Chandan Prabhakar have apparently left the show, showing which side they stand by.

But there has been a star from TKSS, who has neither left the show nor made any statements over the brawl between his co-stars. The person is Kiku Sharda, who mainly plays the role of Bumper- the nurse on the show.

Many media reports have been accusing Kiku of playing safe by balancing Kapil, with TKSS and Sunil, by performing with him in the upcoming LIVE show.

In an interview with Pinkvilla, Kiku Sharda firstly refused to make any comments over the matter. But on being probed further, he broke his silence saying, “Firstly what does balancing both the shows mean?! Like what are these ‘both the shows’?! The one that I am going to do with Sunil is a one off thing just for a day unlike a series of episodes. It was planned three months in advance. It absolutely has got nothing to do nothing with the controversy stating both Sunil and Kapil. Three months ago we agreed to do a show in Delhi with these two characters. So there is nothing as such, there is no connection with my one off with Sunil and the controversy. It’s sad to know people are thinking this way.”

He also said, “To make it clear, the one with Sunil is a one off thing and I am doing only one show, The Kapil Sharma Show.” And this was when Kiku decided to talk no further about the issue.