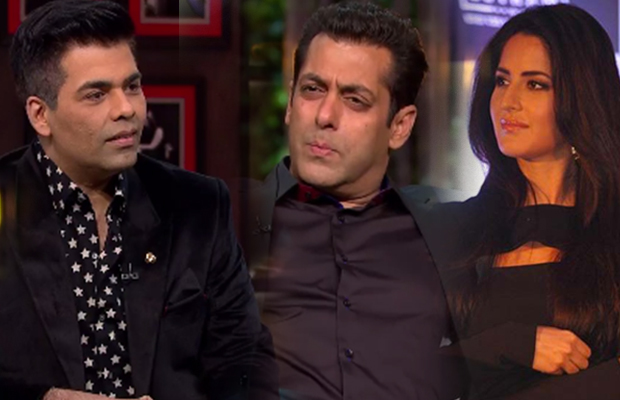 We all know Bollywood actor Salman Khan had many serious relationships in his life but after a while, his relationships fell flat always. Many thought that the actor would never settle down in his life and well, he has yet not settled. But now it seems to be a high time in Salman‘s life that the actor should plan to settle down. In fact, fans and media have been speculating about the actor’s marriage with Iulia Vantur since a very long time.

While Salman‘s impending marriage will always be a talk of the town and the actor is now all set to raise many eyebrows with his candid and bold confessions on Karan Johar’s chat show Koffee With Karan. Recently, the makers released a new teaser from the show, which already showcases that it’s not going to be any ordinary episode.

The teaser starts with Sohail Khan quickly making a joke at himself and Arbaaz by calling Salman ‘1’ and both of them the zeros as they begin to shoot for the 100th episode. The teaser also showcases a part of the rapid fire segment that is hilarious and is already leaving us eager to watch the episode on Sunday.

During the rapid fire, Karan Johar asked Salman Khan who he would love to marry, hook up and befriend out of Anushka Sharma, Priyanka Chopra or Katrina Kaif.

Guess what was Salman Khan’s answer to it? EXCITED TO KNOW? CLICK NEXT TO KNOW What Answer Salman Khan had for this!