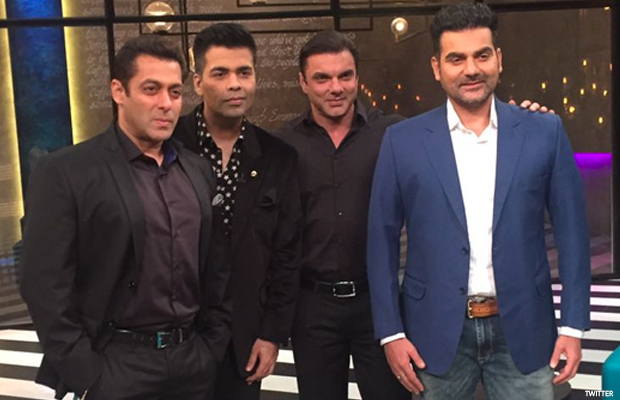 No! It’s not any of his ex-girlfriends or rivals or any rumoured girlfriend, it’s his very own brothers Arbaaz Khan and Sohail Khan.

Salman recently updated a tweet quoting “At Koffee with Karan shoot #koffeecentury” to which Karan replied “ Thank you so much Salman for coming on our 100th episode of #koffeewithkaran #koffeecentury”.

The world knows Salman Khan loves being with family. After debuting with father Salim Khan in the last season, Salman decided to visit the show with the Khan brothers this season. Salman being the most controversial news maker and being in the limelight for almost every positive and negative statement he passes, let’s see what crisp he has got to offer this season.

Interestingly, Koffee with Karan will complete its 100 episodes and for such a special occasion who wouldn’t need a special guest. And of course, who would be a better guest than the megastar Salman himself.

From the first episode till date, Koffee with Karan has been surprising its viewers with unexpected pairs of guests. Surprisingly, all these guests have added quirks to the show and made it more entertaining and fun to watch. From Shahrukh and Alia to Ranveer and Ranbir, Twinkle and Akshay to now Salman and the brothers, the show is getting more interesting every week. We can’t wait to watch the Khan trio talk and gossip about their personal lives and how well they share brotherhood. 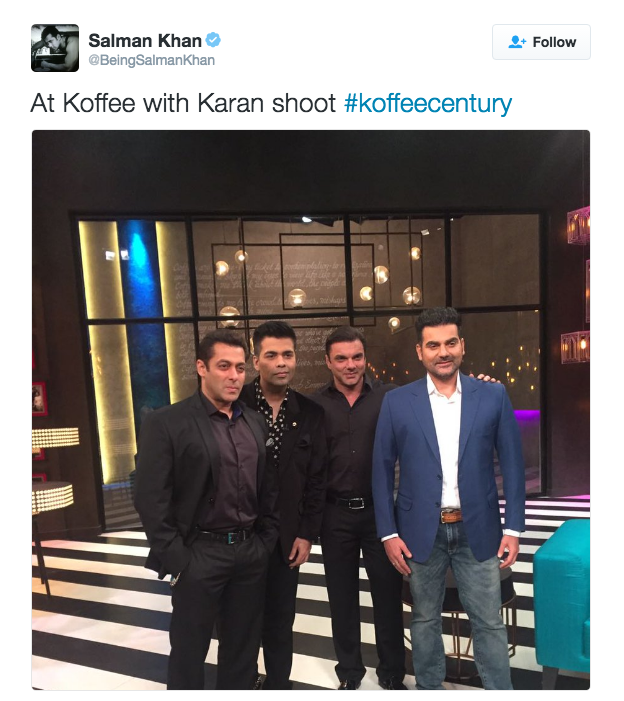