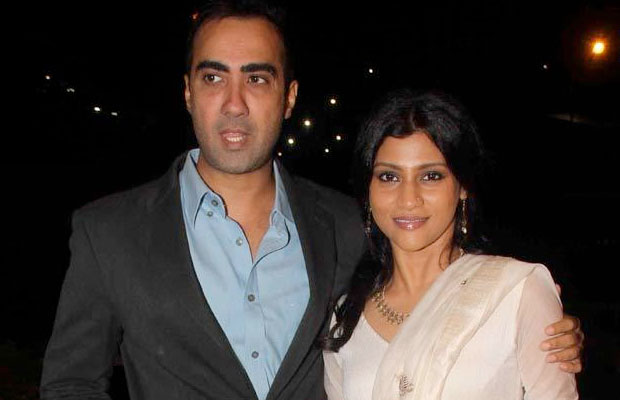 [tps_footer]Ranvir Shorey and Konkona Sen Sharma who are one of the most talented actors of the industry are facing a personal hassle. Konkona and Ranvir who encountered problems in their marriage life were giving their relationship another chance.

The two stars who started dating each other in the year 2007 got married in 2010. Shortly after five years of marriage, the two started having differences in their relationship. The Wake Up Sid actress always remained mum on her marital woes, whereas Ranvir Shorey tweeted on the micro blogging site Twitter about his separation. The actor stated that both of them have mutually decided to separate.

It was almost confirmed that Konkona and Ranvir will part ways. But the two celebs shocked everyone when decided to give their marriage a second chance. The actors are blessed with a baby boy Haroon. Well, just when everyone thought the two are in a happy phase a shocking thing has happened.

Konkona Sen Sharma and Ranvir Shorey are officially filing for divorce. Both were reportedly being counseled to make the marriage work but due to unknown reasons, the official separation is now going to happen.

The exact reason of them parting ways is not known yet.  Eventually both the talent bundles have always maintained that they are separating mutually and that there is no animosity between them.