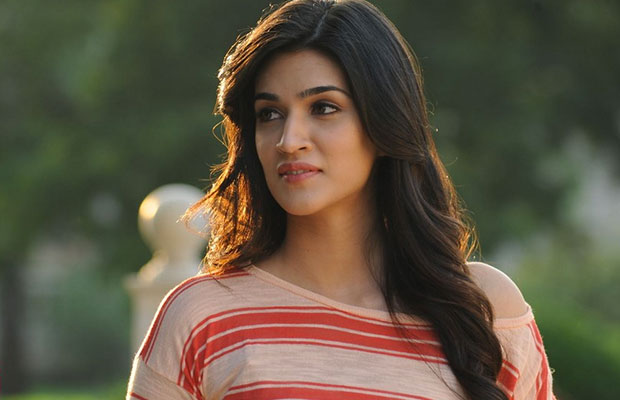 After bearing the extreme cold of Budapest wearing summer clothes for Raabta earlier this year, Kriti Sanon is now doing the opposite for her next film Bareilly ki Barfi.

The actress is currently shooting for the film in Lucknow where the weather is not friendly to what her role demands her to wear, but still Kriti Sanon is doing her best for her film.

The actress puts a lot of effort to get into the skin of her character and tries to give her best.

Yes, while it is hot there in Lucknow, the actress is spotted wearing winter clothes like jackets and pullovers in the hot weather of the city.

The team is shooting at real locations so there is no air conditioning of any studio available, but Kriti is bearing it all for her role.

Kriti shares, “Our film is set in winters. But we are shooting currently at real locations in Lucknow where its really hot. I keep telling myself its really cold while i am actually sweating.”

After enduring the harsh cold of Budapest now Kriti is shooting amidst the hot weather of Lucknow, it must be really difficult for her but still the actress is doing it all for the movie.

Kriti believes that work is worship and we can witness this from what she is doing for her role in Bareilly ki Barfi.