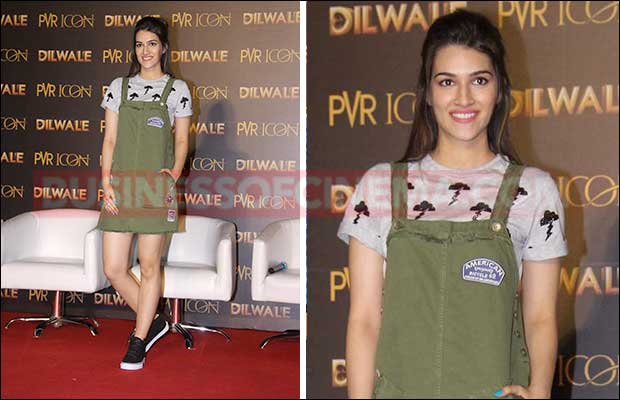 [tps_footer]Kriti Sanon has undoubtedly become the most sought after actress of the tinsel town. Kriti who started off with the film ‘Heropanti’ has now earned the title of the most talented newbie of the industry. The pretty looking diva is currently in a very happy space with her just released film ‘Dilwale’. The Rohit Shetty directorial film ‘Dilwale’ is inevitably a turning point in Kriti’s career. The film stars actors Shah Rukh Khan, Kajol, Varun Dhawan and Kriti Sanon in lead roles.

Well, apart from the film ‘Dilwale’, there is one more film which is keeping Kriti Sanon in news. The yet to be commenced film ‘Half Girlfriend’ is much in news these days for its star cast. The movie has been in the pipeline since a long time but lack of promising star cast has kept the project on hold. Speculations suggested that actress Kriti Sanon is being considered for playing the lead role in the film ‘Half Girlfriend’.

Actress Kriti Sanon has finally confessed on whether she will be doing the film or no, the diva said, “As of now, no I am not. The way it happens with me is you sign one project, and my motive is to give 100 per cent to it. I’ve already signed a film with Sushant (Singh Rajput) so I could not have committed my 100 per cent for some other movie.”

It’s almost clear that adorable actress Kriti Sanon has not yet signed the film ‘Half Girlfriend’ and is already locked in for another project.