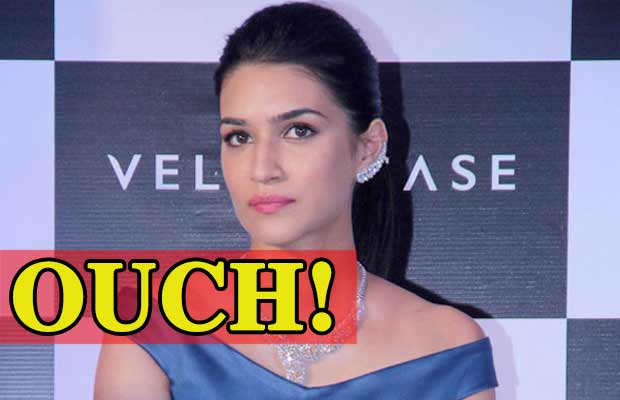 [tps_footer]Kriti Sanon and co-star Sushant Singh Rajput are in the middle of a two-month long marathon shoot in Budapest, Hungary for ‘Raabta’ right now. While that may seem like a stressful shoot, Kriti has sadly injured on the sets and made matters worse for herself. While shooting for an action sequence, the ‘Heropanti’ actress injured her ankle, bringing the shoots to a standstill.

“They were filming in the Hungarian city with Kriti sprinting across the roof of a castle. She lost her grip and crashed into the safety mat, twisting her ankle in the process. They will resume shooting with some other scenes and get back to action later. Kriti was keen on continuing with the shoot but Dinesh insisted that she take a break till her injury had healed,” said a source close to the movie.

As soon as Kriti was injured, a doctor was summoned to the sets virtually instantly on Thursday. Infact, the actress’s injured ankle’s X-Rays were also taken to ensure than there was no risk of broken bones. However, the X-Rays did not find anything that was concerning and the doctor advice Sanon to rest for a day or two just in case. Well, we’re just glad that the leggy lass does not have to take a longer break from work since we are dying to see her onscreen again.