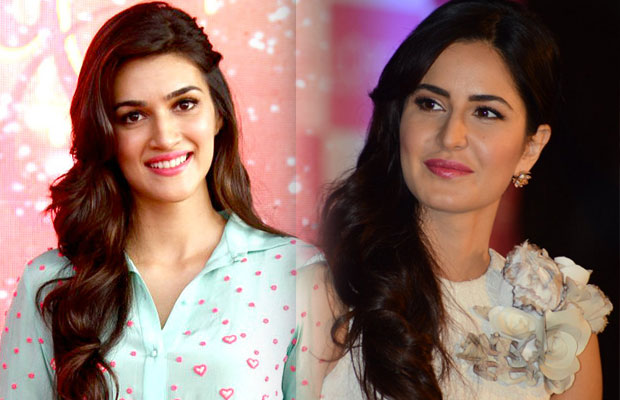 [tps_footer]Kriti Sanon was last seen in Dilwale opposite Varun Dhawan and the actress is currently shooting for her upcoming film Raabta which has Sushant Singh Rajput in the lead. There were solid rumours about the alleged relationship between Sushant and Kriti.

None of them actually spoke about it. But Kriti took on Twitter to clear the rumours about her relationship with Sushant Singh Rajput. According to a leading daily, Kriti was the one to arrange house warming party last month.

Well, we don’t know much about their alleged relationship. But now, Kriti is back in the limelight since according to a source Kriti is going to replace Katrina Kaif for an apparel brand and will be paid as much as Katrina was been paid. But then dismissing all rumours, her spokesperson said, that Kriti is not replacing anyone and she is going to be a brand ambassador for another apparel brand.

When asked about the brand her spokesperson said that the name is Not announced yet! Well, we are waiting for the final announcement and Kriti will be seen in Raabta with Sushant Singh Rajput. And their much-alleged relationship has given them the much-needed publicity.

What do you think, are Sushant and Kriti dating? Or it was just their publicity stunt to grab some attention? Tell us in the comments below.[/tps_footer]