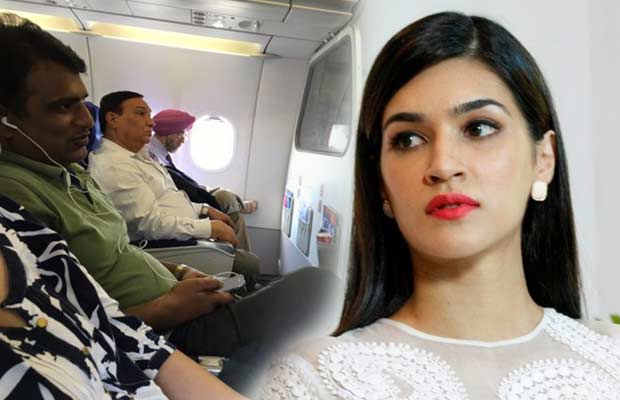 [tps_footer]Rohit Shetty’s Dilwale, starring Shah Rukh Khan, Kajol, Varun Dhawan and Kriti Sanon in the lead roles, is successfully running all over and has managed to enter 100 crore club. Though the movie has earned well, what made Kriti Sanon unhappy and disappointed?

Well, during her journey to Delhi with her mom, Kriti Sanon lost her cool in the flight. The actress got miffed after she caught a fellow passenger watching pirated version of Dilwale in the flight. The man used the projector connected to his phone to watch Dilwale.

The annoyed actress immediately took to her twitter handle to share about the same incident. She tweeted the picture of the man watching pirated film with a caption, “Someone watchin pirated version of Dilwale in front of me on phone in the flight! Annoyed!! #SayNoToPiracy” 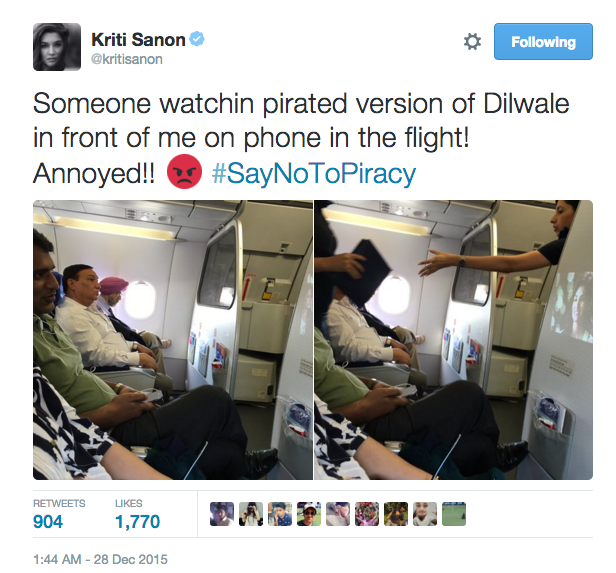 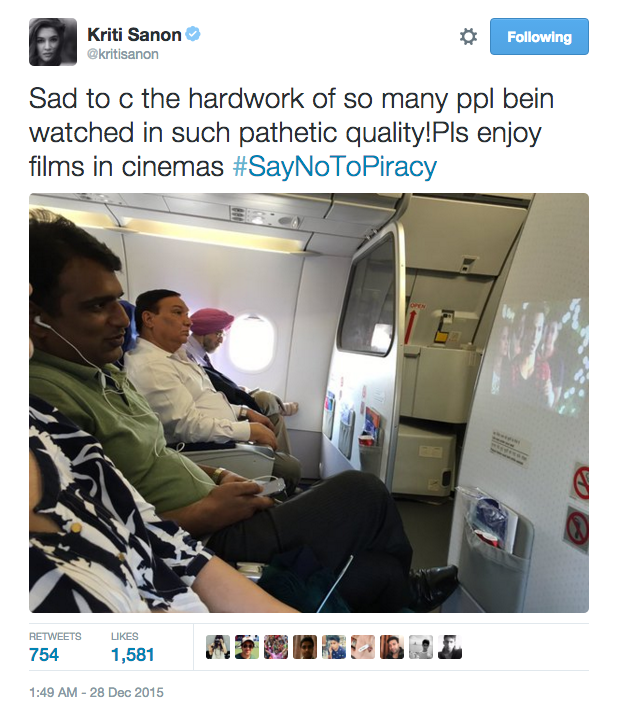 Kriti Sanon also tweeted saying that she politely told the man to enjoy the film more in a theatre, but the man paid no heed to her talks instead continued watching the pirated version of Dilwale in front of her. 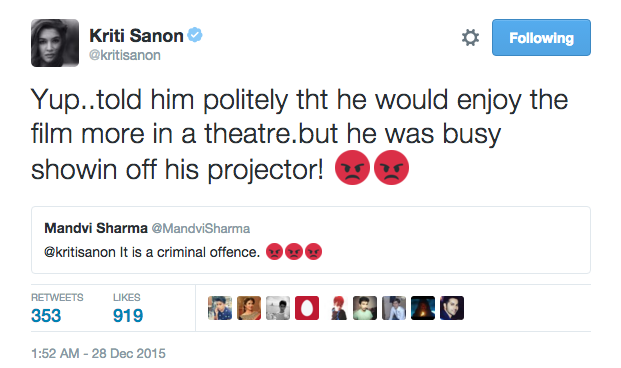 Well, despite of making so many efforts against piracy, the act of piracy is being the caution and serious issue in the society. But the bitter truth is raising your voice for the wrong is going to make no difference as Bollywood and piracy go along for people. This is not for the first time; there have been many such incidents in the past where people have been caught while transacting pirated DVDs.[/tps_footer]