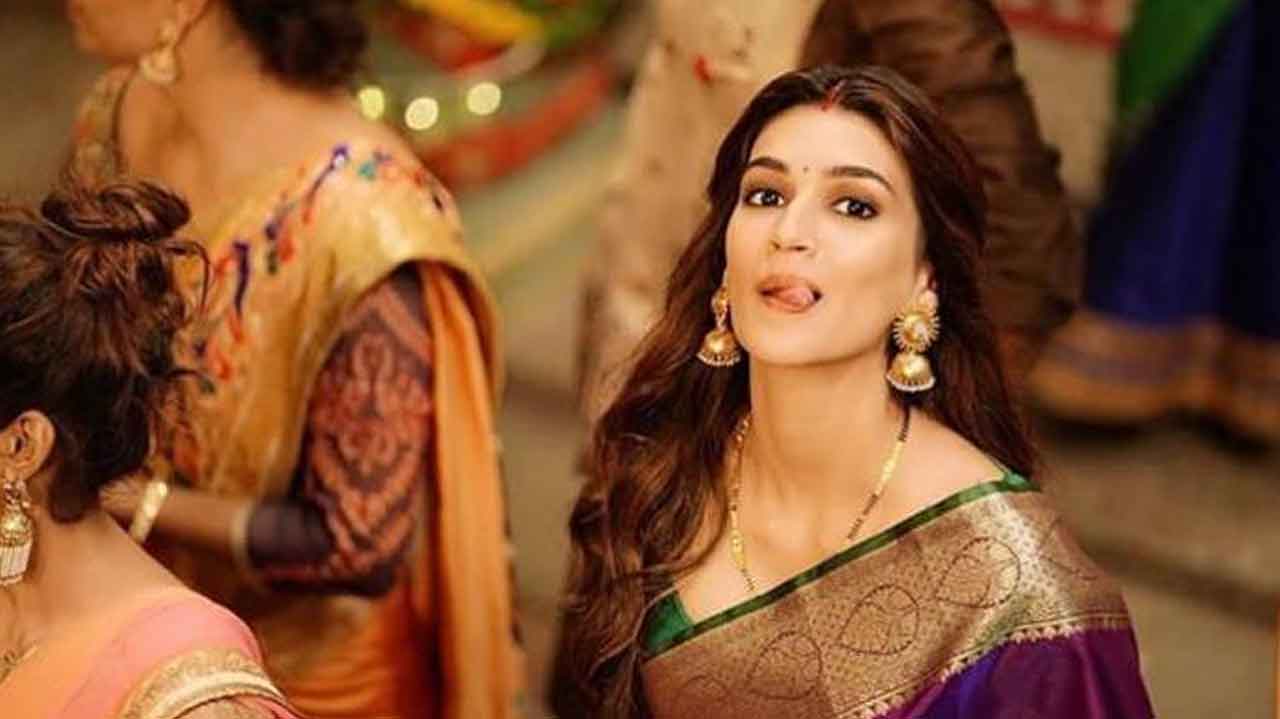 Kriti Sanon has been raking in immense appreciation for her noteworthy performance in the actress’ recently released film Luka Chuppi.

The actress who was last seen in Bareilly Ki Barfi has hit the ball out of the court with her performance that has gone ahead with the audience and critics alike. Kriti is essaying the role of a small town girl and has been receiving an overwhelming response from across the quarters.

Netizens have taken the internet strong by poring wishes and appreciation for the actress. Owing to the humongous response, Twitter saw a strong Inda trend where keyword Kriti Sanon was trending for a long time.

Here’s how the fans wished and applauded their favourite actress:

If you thought she was fab in #BareillyKiBarfi then watch out for @kritisanon in #LukaChuppi – She has actually taken a few steps ahead with this one where she is super confident as ever while coming across as a complete actress. She is a delight to watch as a small town girl!

Kriti Sanon is the surprise package.She’s consistently good from the beginning till the end.She looks beautiful n her earnestness n sincerity appeals immensely.#LukaChuppi is gonna be a turning point in her career.Awaiting her next work.

She is one of the best actores. Kriti Sanon is really looking cool
i would prefer today is Kriti Sanon 😛 What a performance Kriti Sanon 💖 pic.twitter.com/l3rVlZfix0

Kriti Sanon is looking so sweet and cute in this movie, in bridel look…. Looking so beautiful pic.twitter.com/9CwQSV6wdH

The actress’s performance is a complete package of fantastic screen presence and maintains a strong position. She also shines in an important emotional sequence in the film.

Kriti looks elegant and beautiful in the ethnic Indian wear she donns in the film.

Kriti Sanon who stunned everyone with her performance in Bareilly Ki Barfi has a terrific line up for 2019 with four films releasing viz. Luka Chuppi, Arjun Patiala, Housefull 4 and Panipat.

The actress is super busy with the promotions of her first release of 2019 Luka Chuppi and simultaneously shooting for Panipat. Kriti is soaring temperature in the songs Coca Cola Tu and Poster Lagwa do.

Kriti Sanon not only mesmerized the audience with her glamorous avatar in the song’s video but also enthralled everyone with her electrifying dance moves.

After essaying the role of a bubbly yet rebellious, bold and beautiful Bitti in Bareilly ki Barfi, Kriti Sanon once again slips into the character of a small town girl Rashmi with modern attitude in Luka Chuppi.