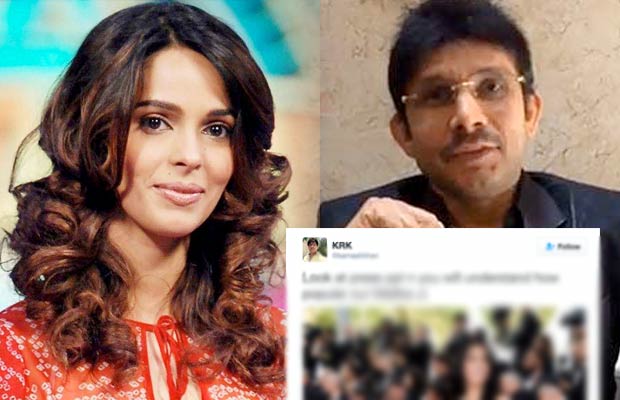 [tps_footer]Controversial character Kamal Rashid Khan, who is popularly known as KRK, has made a disrespectful comment on ‘Murder‘ girl Mallika Sherawat. The actress recently made a grand red carpet appearance and took everyone by surprise with her bold avatar. While the pictures of the actress from the red carpet were being the talk of the town, controversial man KRK had a different take on Mallika Sherawat‘s red carpet appearance.

KRK always comes with crass comments and this time too he made a very disrespectful comment on Mallika Sherawat and that will surely leave you annoyed. He tweeted with the picture captioned as, “Look at press ppl n you will understand how popular our Mallika Ji.” 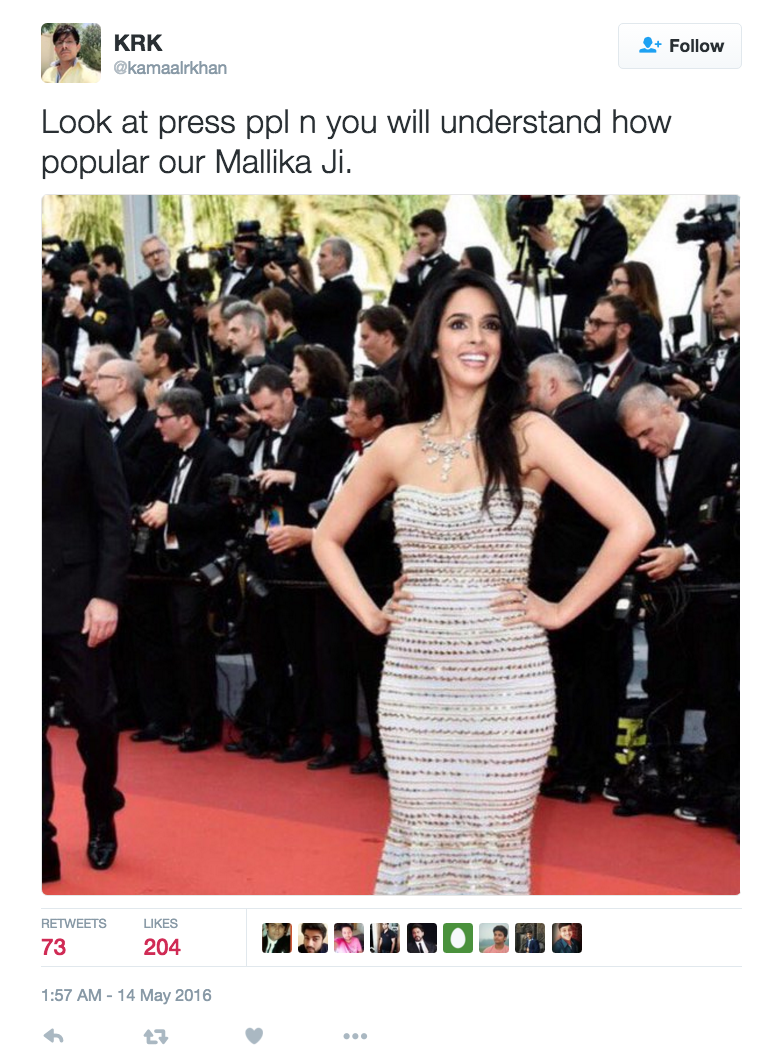 Well, we ask KRK if he even deserves to think about reaching to Cannes?  Of course, he does not and we think he has no right to make such comments on the people who are actually making industry proud by making their way to the most prestigious Cannes Film Festival where actresses like Aishwarya Rai Bachchan, Sonam Kapoor, and others also mark their red carpet appearance.[/tps_footer]