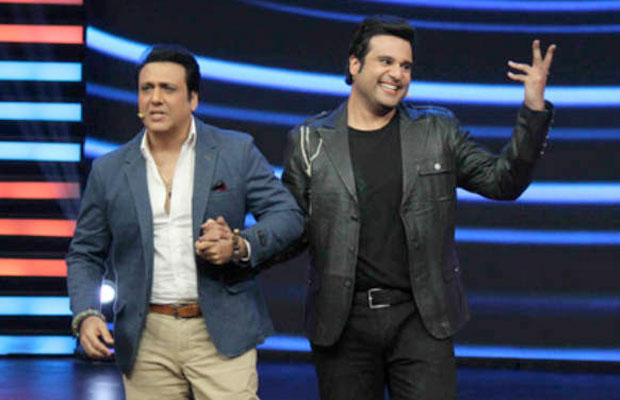 [tps_footer]Actor Govinda recently appeared on the Kapil Sharma Show which offended his nephew, actor-comedian Krushna Abhishek. Krushna, whose show is a rival to TKSS, expressed his distress on seeing his uncle on his rival show. The comedian’s reaction did not go down too well with Govinda and he backfired at Krushna immediately.

However, all issues are settled now and the family is happily back together.

Revealing the details of the reconciliation, Krushna Abhishek told TOI, “Sunita Mami called me over to their house. Chi Chi Mama saw me and laughed. I met them after six months. He said that he wanted me to draw the line when it came to comedy and that I shouldn’t be taking digs at him on my show. I replied that I never have nor will I ever make derogatory remarks about him. I apologised to him for hurting his feelings. Everything is sorted now; it just needed a meeting to sort out our differences. We are partying together on Saturday at his place. We are close and I have stayed with Mama and Mami for six years. I am emotionally attached to my Mami.”

The actor also stated that he wants his Chi Chi mama to appear on his show along with other family members. He said, “After so many years, I’m known as Govinda’s nephew and don’t have to harp on it. I have promised Chi Chi mama that I will ensure that nothing, even partially unflattering, is written about him in the script. But I have also told him that I would be helpless if other guests talk about my relationship with him, which they tend to. Kapil delivered just 50 per cent of the content I could with Govinda as I know the family like the back of my hand. I will not just invite him, mami and their daughter Tina, but also my sister Arti (Singh) and cousin Ragini Khanna.”

Well, all’s well that ends well and we’re happy that the family has finally decided to mend their differences![/tps_footer]