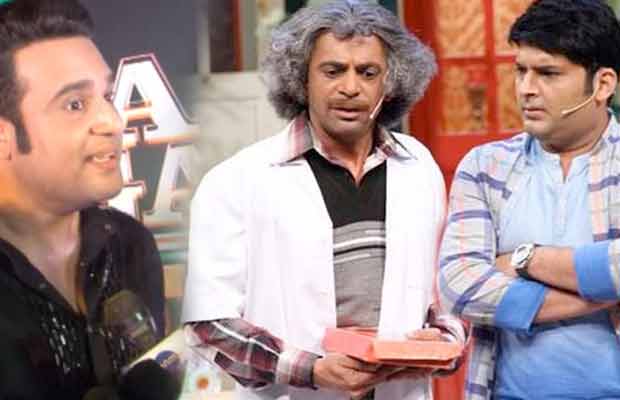 Krushna Abhishek speaks up about competing with Kapil Sharma once again with his new show.

Kapil Sharma and Krushna Abhishek are the two most popular comedians on Indian television. The two rivalries have always been up for the tough competition with their respective shows. In fact, many times Krushna himself has admitted there is a rivalry between him and Kapil Sharma but said there should be healthy competition. The two were famously known for their tough competition with respective comedy shows, Comedy Nights Bachao and The Kapil Sharma Show. However, Kapil then shifted his show on the other channel after Colors started valuing Krushna’s show a more than his.

Well, looks like Krushna is back again to compete with Kapil Sharma. Colors channel recently launched a new show, India Banega Manch. The show will be hosted by Krushna Abhishek, accompanied by Mona Singh as co-host.

During the launch of the show recently, Krushna was asked whether his show would compete with Kapil’s show as it will be aired at the same time slot i.e., at 9 PM. Krushna quickly said, ‘yes’.

When asked about the rumours of him joining Kapil Sharma Show, Krushna said, “This was just a rumour. Since I spoke in favour of Kapil, people thought I might join. Main aaj thak nahi gaya unke show pe, kaunki woh unke naam ka show hai. It is possible that we might come together, when we do Comedy Nights With Kapil and Krushna!”

When the reporters asked about Kapil and Sunil’s fight, Krushna backed Kapil saying, “That’s their personal matter. They’re friends, so fights happen in friendships.” “Kapil had held together the team for four years. You should see that too. They’ve been working for so long… Not everyone can handle people, so sometimes there are fights.”