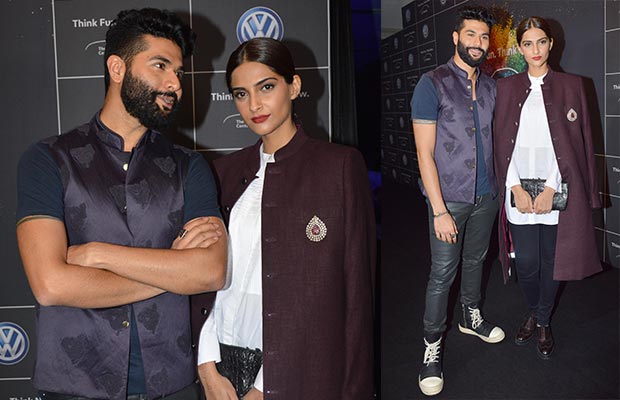 The show which started with an aerial performance later featured 84 pc of young ethic festive wears gracing the ramp.

Sonam Kapoor was dressed in an outfit from Kunal Rawal’s young festive collection. The actress donned a Dark blue tights with a white shirt and a grey bandh gala which she used as an overcoat.

Soon after the show, actress Sonam Kapoor approached Kunal Rawal and congratulated him on the show.

Sonam informed Kunal, “I am very impressed! Loved everything, from the cuts to the fabric.”

Later, the actress also took to social media to express her awe for the designer by posting a picture with Kunal with a caption, “Loved your show @kunalrawaldstress it was super amazing!!!“[/tps_footer]