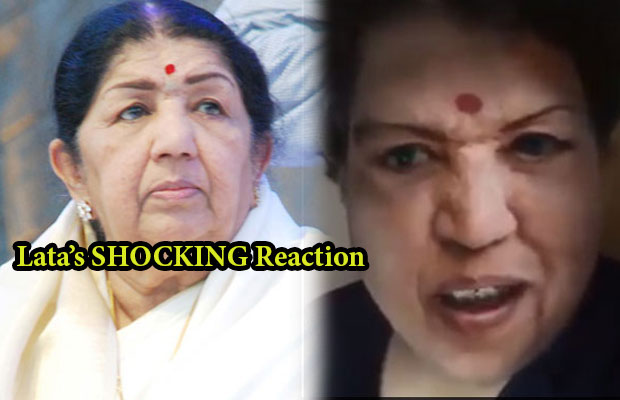 [tps_footer]Tanmay Bhat‘s controversially infamous Snapchat story on Sachin Tendulkar and Lata Mangeshkar has garnered a lot of attention and the world seems to be outraged at making such a tomfoolery! The cynical comedian has received a lot of legal notices for taking a dig at two legends of India. His Snap story has not only offended many citizens, but also politicians who have taken this scene in their hands and filed suits against the AIB comedian. Though none of the celebs spoke a word, Lata Mangeshkar finally reacted to it and viola! She couldn’t be more polite :“I have not seen the video, neither do I have any inclination to do so. I will not comment about it,” said the veteran singer. The reports state that even though Lataji gave a safe comment, sources close to her revealed that she was in fact, extremely upset with the video by Tanmay. The Nightingale of India did not create a fuss about it and kept it low. Of course, at the end of the call, she did mention, “By the way, I don’t know who is Tanmay Bhat.” Oooh Burn! That definitely was a subtle burn for the famous stand-up artist!

Currently, Tanmay is in sort of grave trouble because of this video and as fans are enraged about it, he has managed to get some supporters who think it is light hearted and is not be taken seriously.

Well, we can definitely sense the tension in the air! Not cool, Tanmay.[/tps_footer]