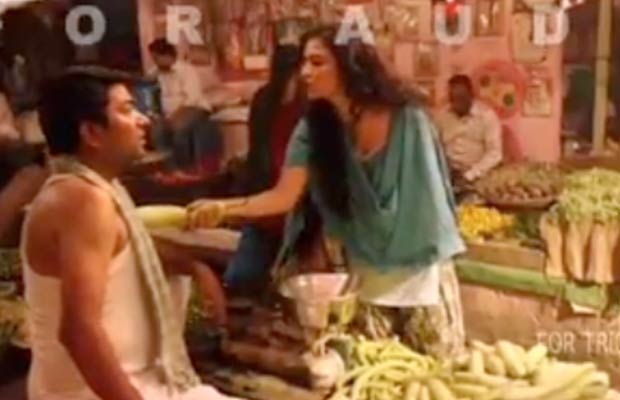 [tps_footer]Manoj Bajpayee‘s film Saat Uchakkey, which is directed by Sanjeev Sharma and produced by Neeraj Pandey, was supposed to release way back in 2014. Unfortunately, the film couldn’t be released as Censor Board rejected the teaser of the film. Well, the teaser of the film, which was rejected, is doing rounds on social media now.

The leaked teaser of the film is filled with abusive words in every line and dialogue. The teaser has already gone viral on the Internet and it’s quite shocking to know a number of cuss words it has. However, Saat Uchakkey’s teaser is not completely dubbed and one can make out through the low audio quality of the video. The shocking scene of the teaser is when a girl abuses a vegetable seller and moreover, it’s shocking to know that director Neeraj Pandey, who is associated with films like ‘Baby’ and ‘MS Dhoni’ Biopic, has come up with such content.

In 2015, filmmaker Neeraj Pandey was asked about the release of the film, he had reacted saying, “We are not getting a good window for that film. We are looking for a good day. We are waiting for the right opportunity as it’s better to be safe than sorry.”