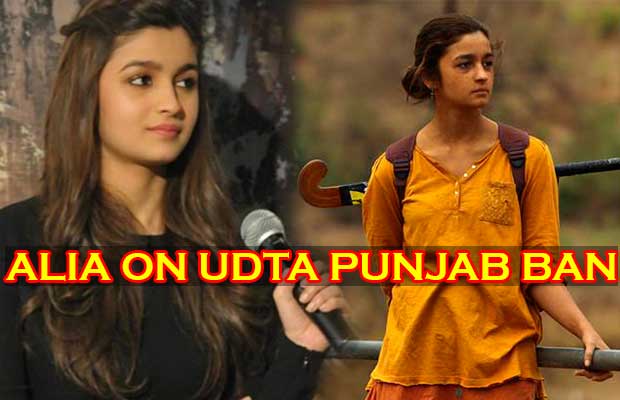 [tps_footer]Udta Punjab starring Alia Bhatt, Shahid Kapoor, Kareena Kapoor Khan and Diljit Dosanjh is directed by Abhishek Chaubey. The film has garnerd a lot of attention and has come under the radar for the 40 brutal cuts given by the Censor Board. While there were speculations that film was even going to be banned. During an event when we asked about the same to Alia Bhatt, here’s what she said, “All I want to say is Anurag Kashyap put out a tweet of all the information that is true and that is related to the topic right now. There was nothing mentioned about the cuts (in the tweet), it was just that the film has moved on to the revising committee and the due process is on.” “Apart from that, it will be wrong for me to say anything because this is actually what has happened. Let’s wait and watch, hopefully everyone will be happy,” Alia, who stars in the film directed by Abhishek Chaubey, added.