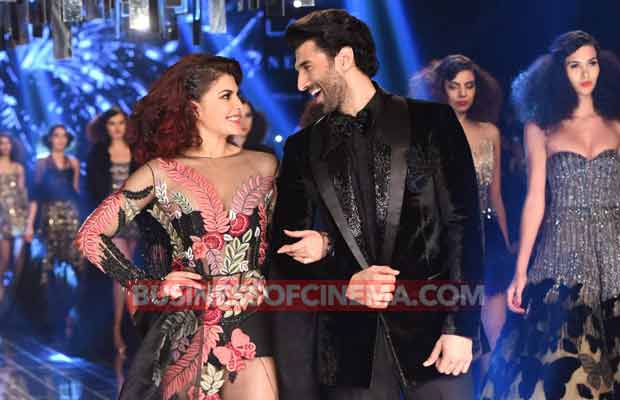 The last day of Lakme Fashion Week 2017 saw celebs pouring in abundance.  The grand night was one helluva event to remember. From Karan Johar to Karisma Kapoor, Sushant Singh Rajput and many others were seen last night at the closing show of ace designer Manish Malhotra. The closing of the winter-festive edition of Lakme Fashion Week (LFW) saw Aditya Roy Kapur and Jacqueline Fernandez as showstoppers for Malhotra.

Jacqueline Fernandez looked hot in a long-sleeved, embroidered, net floor-skimming outfit that she wore with hot shorts. She was the picture of classiness on the ramp. Aditya Roy Kapoor looked dapper in a suave black, velvet one-button jacket with a contrast black embroidered lapels. The two stole the show with their stunning appearance on the runway. Looked quite ready for the cocktail night.

Talking about Manish Malhotra’s collection, the designer presented his collection called ‘Tales of Indulgence’. The interior to the show saw glass lamps hung to the ceiling. The men’s wear was created using varied textiles and textures for spans eveningwear, club-wear, festive and occasion-wear. The female collection including fake bolero, tulle, dress, the military jacket with beaded fringe straps, a sensational black halter gown, low back gown giving a pure touch to the elegance.

Other names that added glamour to the show were Sooraj Pancholi, Dia Mirza, Kiara Advani, Shriya Diana Penty and Pooja Hegde, among others. 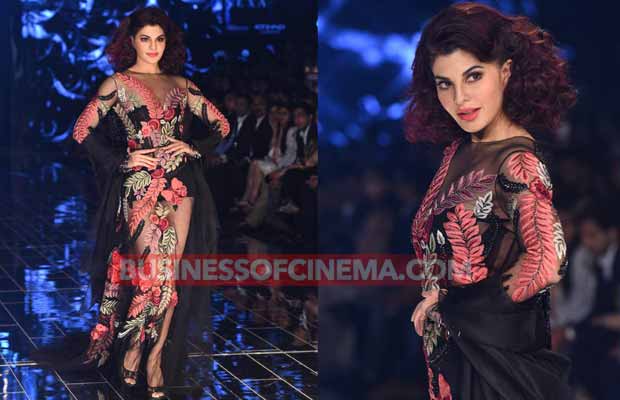