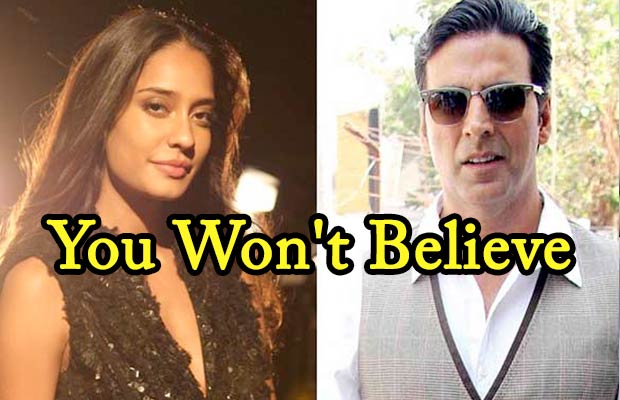 [tps_footer]Housefull 3 is set to release today and seems like it is going to be a rollercoaster full of laughter.

We will get to see Lisa Haydon, Nargis Fakhri, Abhishek Bachchan for the first time in the third part of the movie.

Lisa Haydon who made her acting debut in movie ‘Aisha’ in 2010 is all set for her upcoming movie and seems to be very excited.

Along with other couples, Lisa Haydon and Riteish Deshmukh are also lovebirds in the movie.

Akshay Kumar and Lisa Haydon were having more fun than others on the sets of Housefull 3.

The ‘Aisha’ star said that she had a lot of fun on the sets as well as off the sets while she was carrying out the promotion of ‘Housefull 3’ with her co-stars.

She and her co-stars posted a lot of pictures and videos while they were together.

In an interview with IndiaToday, Lisa Haydon mentioned that Akshay Kumar is a big prankster and she is a very easy target for him.

“Akshay is a big prankster and just wants to have a good time on the sets. He is the funniest person I have ever met. He is always charged up when he does comedy, and one has to be on their toes all the time as you don’t know what he might do or say. I don’t know why, but he particularly narrows down on me every single time. Maybe that’s because I am an easy target. Once, Akshay sneezed and he sprayed a bit of water on my back. And I thought it was his saliva. I was like, ‘Jackky… (Jacqueline Fernandez)’ as she was standing behind me, but she didn’t utter a single word (laughs). Akshay is the master of comedy. You get to learn a lot if you’re working with him.”[/tps_footer]