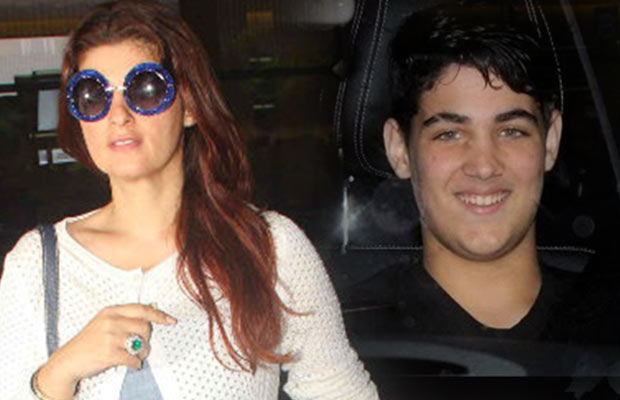 [tps_footer]Twinkle Khanna is one celebrity who is witty to the core. The actress who is gaining all the accolades for her writing skills is also a pro when it comes to laughing at her own self.  Must say, Twinkle is a sport when it comes to taking a joke.

Recently, Twinkle and her daughter Nitara made everyone smile, when Nitara trolled Mrs.Funny Bones saying, “Twinkle Twinkle If you are a little star why don’t you live in the sky.”

The beautiful starlet tweeted about the same on twitter saying, “Getting trolled by the baby about my name-‘Twinkle Twinkle If you are a little star why don’t you live in the sky’  Good grief !” 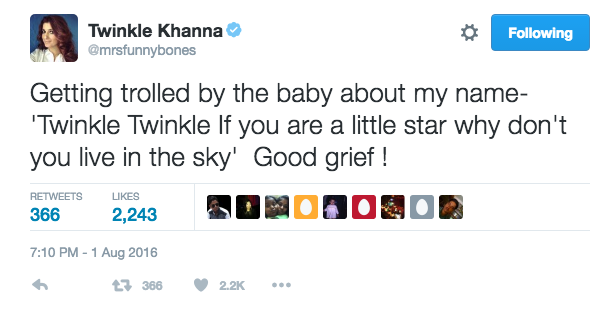 Well, seems like Akshay Kumar and Twinkle Khanna’s both the children have a mind for humor. Yet again something similar has happened with Twinkle. The pretty star has posted a Whatsapp conversation on Twitter wherein Aarav and his maths teacher are having a talk. The conversation turns all hilarious when Aarav states, “Mom, you can’t drive.”

Twinkle Khanna like a candid celeb posted the same on Twitter captioning it, “Sometimes I have a day that seems exactly out of the pages of MrsFunnybones.” 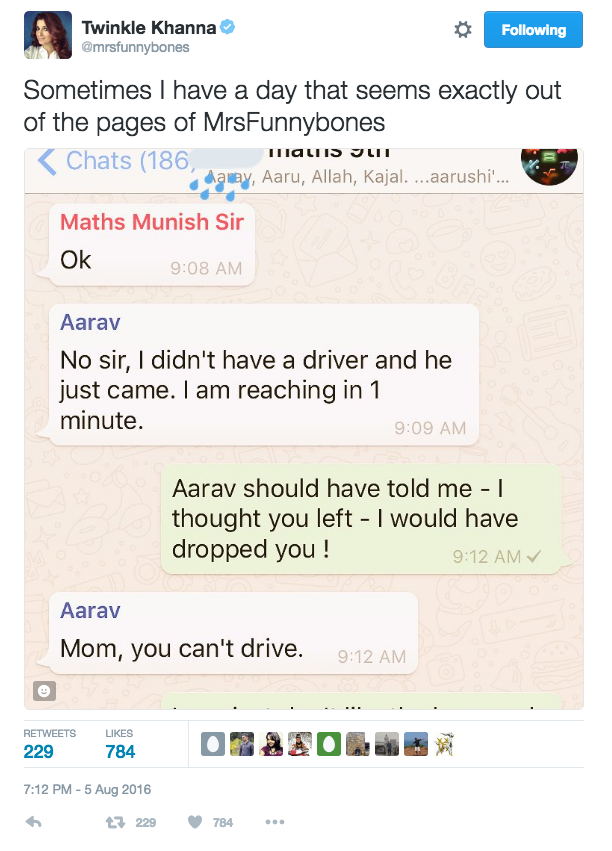 Well, we can’t help but smile over this!

Coming to Akshay Kumar, the talented actor is gearing up for the release of ‘Rustom’. The film will hit the screens on August 12th, 2016.[/tps_footer]