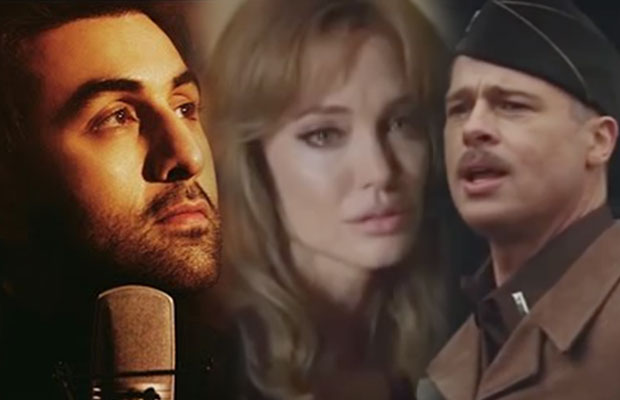 Brad Pitt and Angelina Jolie’s divorce has given rise to innumerable opinions and views. Right from the funny exchange of words to memes, the masses are unstoppable with their comments. The micro-blogging site Twitter was filled with Jennifer Aniston memes when Brad Pitt and Angelina’s separation was announced.

Well, even our tinsel town fans are not behind in giving a funny twist to their separation. Ranbir Kapoor is again on the chartbusters with his song Ae Dil Hai Mushkil. The track has already become a favorite of the masses. It not only is a love anthem for the fans but a few creative minds have also related the song to Brad Pitt!

The song is on point and will surely make you laugh to no limits. The track sees Angelina teary eyed and Brad singing this Bollywood track.