Bollywood actress Katrina Kaif, who was seen in her recently released film Baar Baar Dekho opposite Sidharth Malhotra, will be honoured with Smita Patil Memorial Award. On Wednesday, it was announced that Katrina will be the next recipient to be awarded Smita Patil Award, which is named after late actress Smita Patil.

Many Bollywood actresses including Tanvi Azmi, Sridevi, Manisha Koirala, Urmila Matondkar, Tabu, Vidya Balan, Aishwarya Rai Bachchan, Kareena Kapoor Khan, Deepika Padukone and Priyanka Chopra have been awarded this award. But twitter could not digest the fact that Katrina is receiving the same award for her acting.

Twitterati thinks that Katrina, who is in Bollywood since a decade, should not be given this award, as it is an insult to the late actress who has won many awards for her acting prowess.

Katrina’s nomination surely surprised everyone and twitter went uncontrolled with hilarious reactions that you can miss to read. 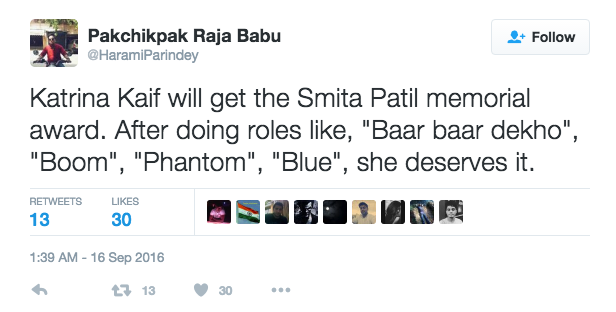 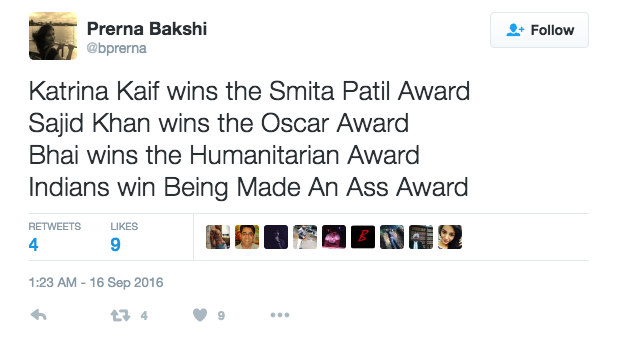 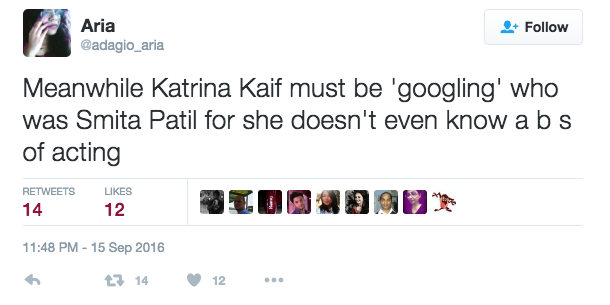 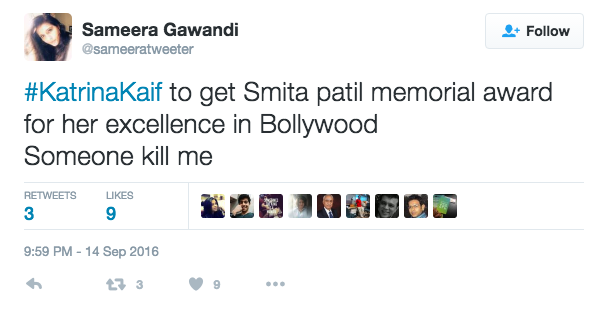 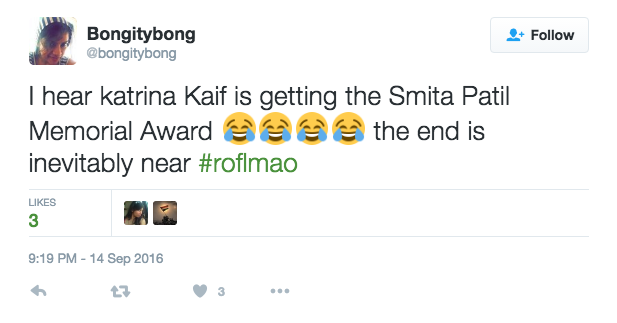 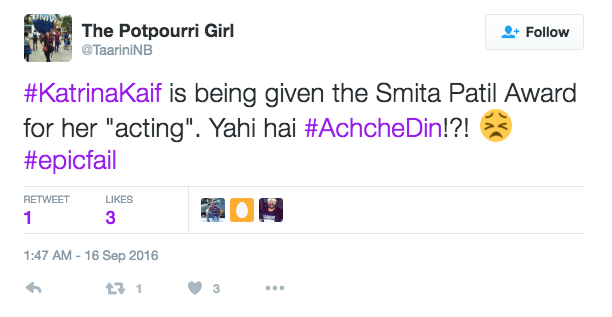 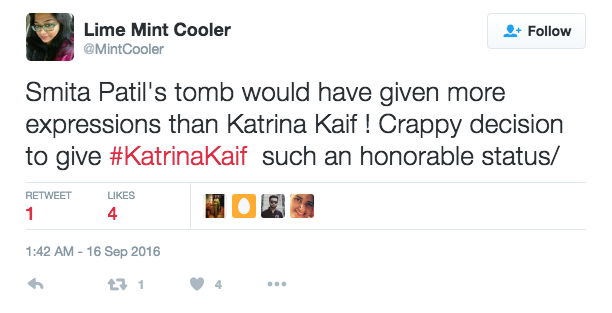 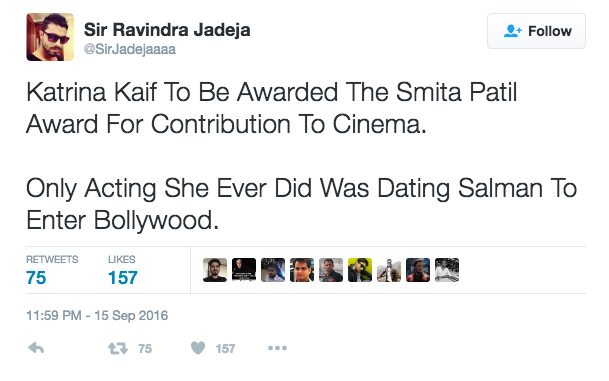