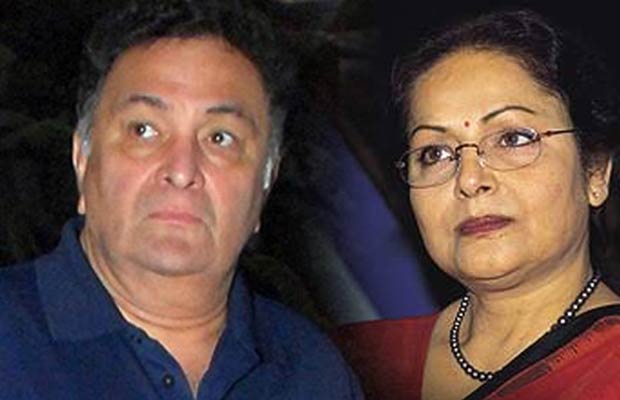 [tps_footer]Rishi Kapoor is known for his tricky and hilarious posts on the microblogging site Twitter. The senior Kapoor is always in the limelight for some or the other post. Rishi Kapoor has also landed in trouble couple of times due to his tweets. The senior actor is known for tweeting about trending issues and sometimes his statements have backfired too.

Rakshabandhan is on its way and the senior Kapoor has a funny take on the occasion too. Rishi took to Twitter and tweeted a picture of veteran actress Rakhee captioning it, “Visual for tying “Rakhee”. Enjoy sisters!” 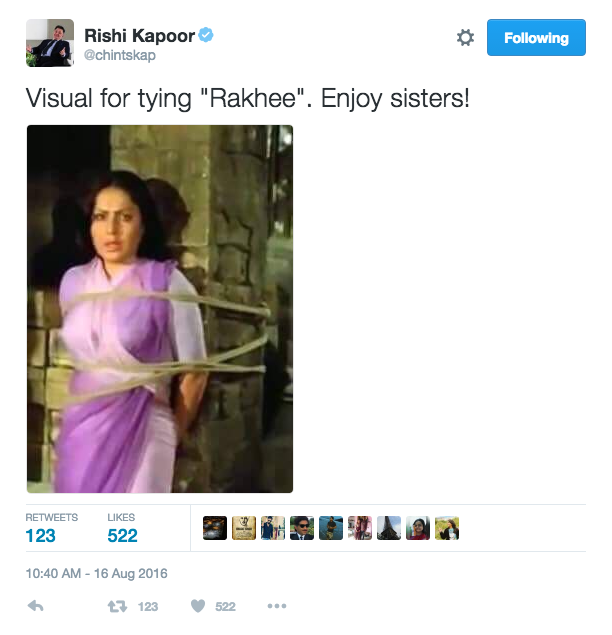 The picture is too funny as it sees actress Rakhee tied to a tree in a frown expression. Well, Rishi Kapoor is a pro when it comes to being witty. The senior actor was much in the news lately for tweeting a sack of onions and comparing it with Kim Kardashian!

The veteran actor has also voiced his opinions when it comes to politics. Rishi Kapoor also received loads of criticism when he tweeted something absurd about Hilary Clinton. Well, the senior Kapoor is a daredevil when it comes to voicing his point of views. We wonder what reaction this tweet will receive.