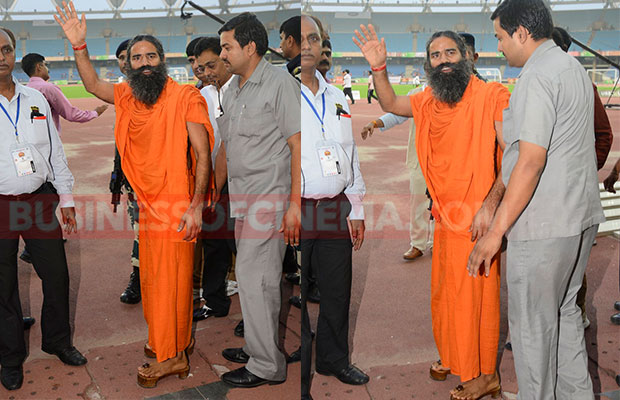 [tps_footer]Ramdev Baba is a hot favourite among the youth of the country. However, much to the dismay of the Yoga guru, it is not his fantastic bending skills defying the laws of elasticity but his speeches and public commentary that is often a target of mockery among the young. The Yoga teacher, also known for being an active part of Indian politics never fails to express his opinions on public issues and is often known to participate in a number of activities trending in the society. Baba Ramdev never leaves a stone unturned to make his presence felt at the various occasions he is present at.

The Yoga practitioner has done it again.

He was spotted today at the national capital doing something that is hard to believe. Baba Ramdev was seen at Delhi today playing football!

Yes, you read that correct!

Baba Ramdev was seen playing soccer for a star studded event that was graced by many eminent celebrities like actors Abhishek Bachchan, Ranbir Kapoor, Dino Morea, Kartik Aaryan, Shabbir Ahluwalia, Karan Wahi, Karan Mehra and not to miss many parliamentarians as well.

The event was a soccer match held between actors and politicians.

And our dear Ramdev Baba, known for his evergreen personality, was spotted running across the field in his signature outfit of saffron loin cloth with bare upper body. What made his appearance further interesting were his pair of matching saffron studs that blended amazingly well with his equally interesting costume for the match! The Yoga guru had a great time sweating it out on the fields!

Looks like Baba has caught the eye of Ranbir’s dad, Rishi Kapoor. He recently tweeted about how Ranbir’s football team could use the services of Baba ‘Messi’ Ramdev! 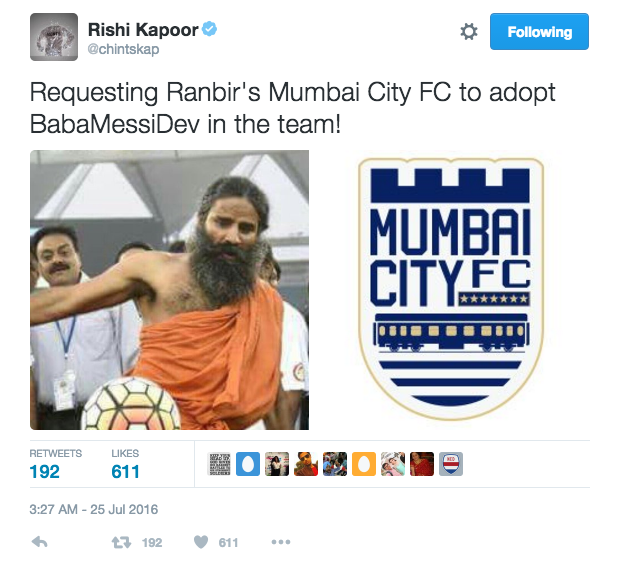 Later, Rishi Kapoor posted yet another picture of Ramdev with lovely ladies and wrote, “The Can-Can Man! Whooaaa.” 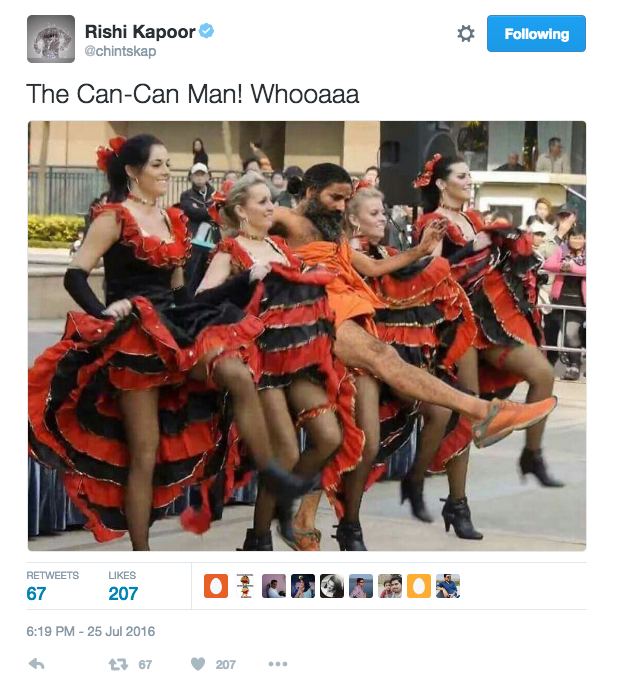