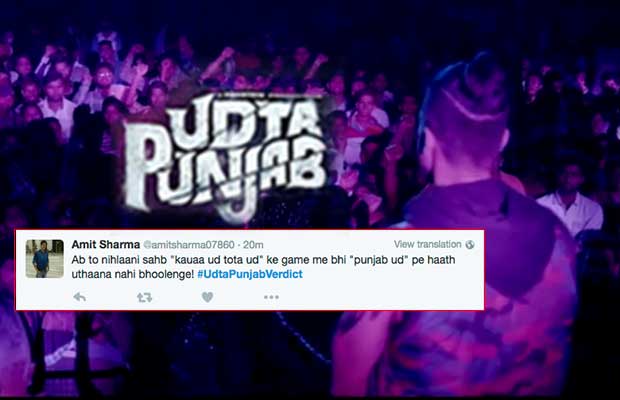 [tps_footer]Soon after Bombay High Court announced its decision over Udta Punjab controversy, social media went crazy and were in celebration mood on Monday along with the makers of the film. After Censor Board issued a number of cuts in the film, the makers of the film filed a plea to Bombay High Court against an order of the Review Committee of the Central Board of Film Certification (CBFC). In its final decision yesterday, Bombay High declared only one cut in the film and a modified disclaimer.

Do you know which one scene has been deleted? High Court ordered one cut in the movie, which shows Shahid Kapoor urinating while performing live on the stage. However, Twitteratis trolled High Court’s decision over deleting the urinating scene from the film. Twitteratis created a laughter riot on twitter by saying something like, “Good day for the nation & bad day for urination” and “13 million people have already seen Shahid Kapoor urinating in the trailer“.

Here’s how they have reacted: 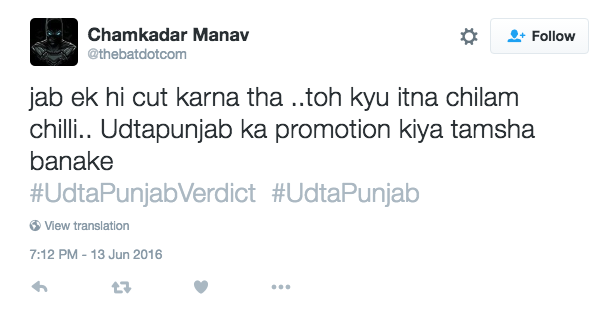 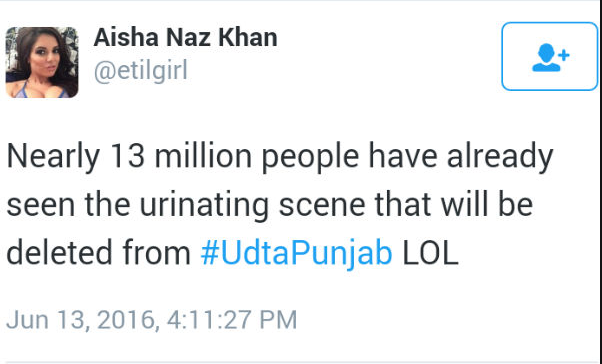 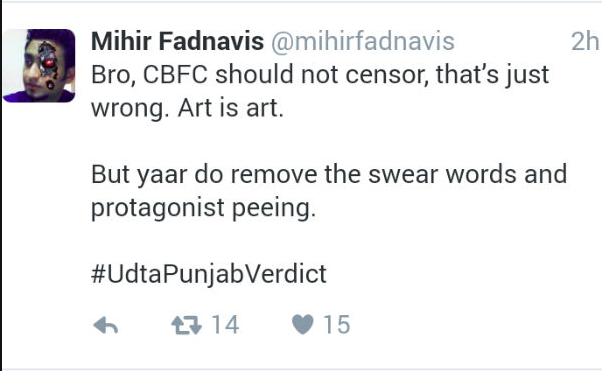 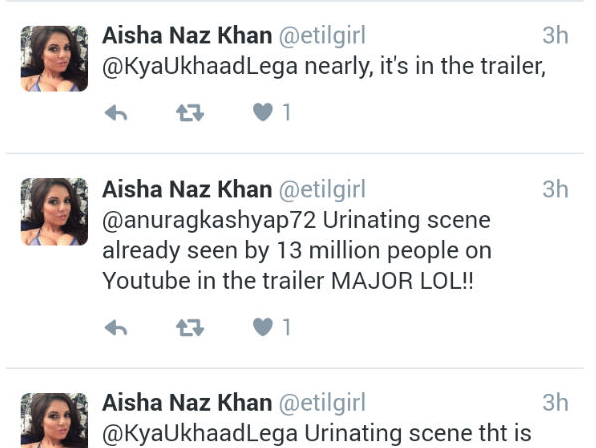 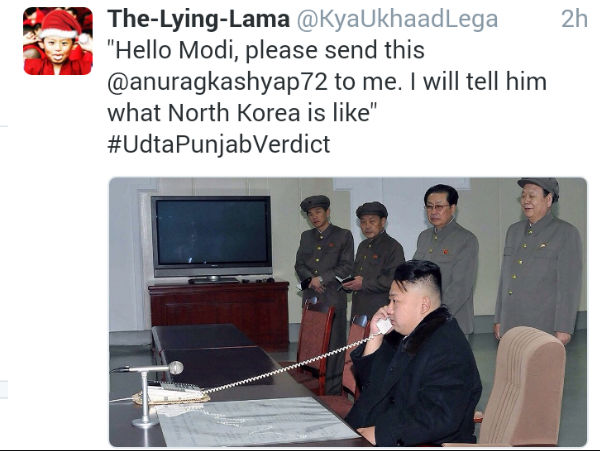 Here’s how film fraternity has reacted: 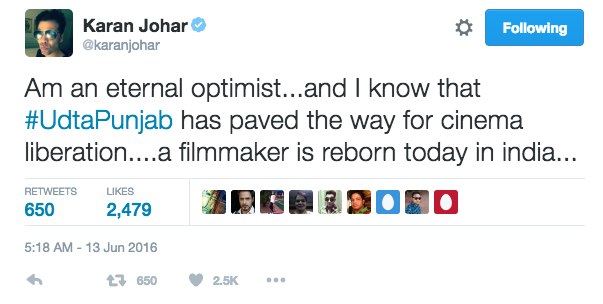 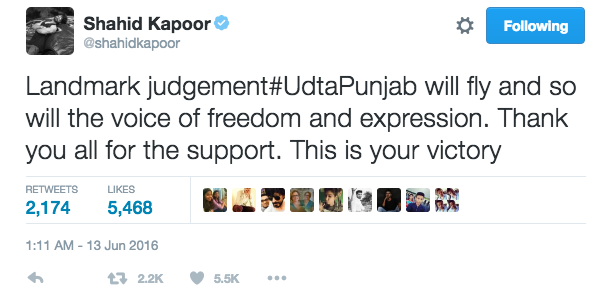 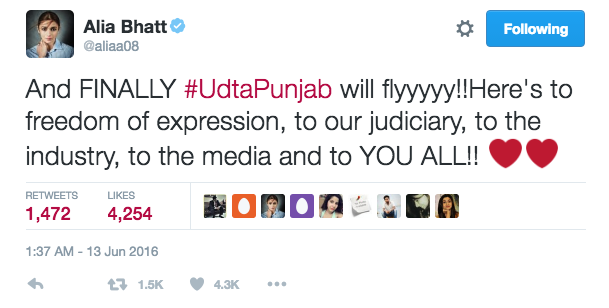 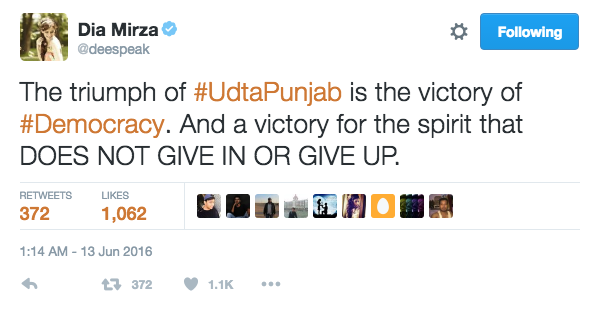 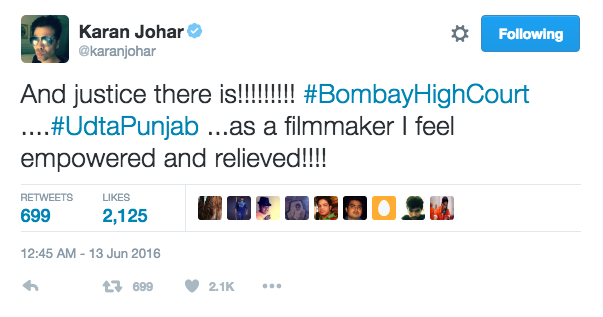 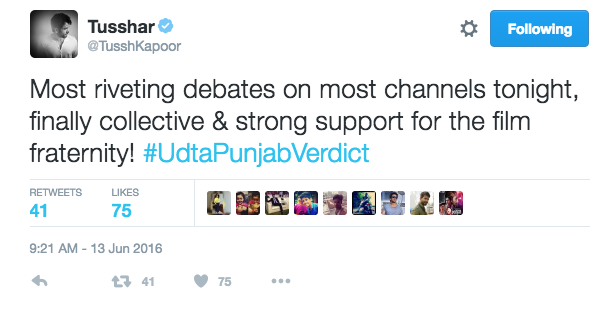 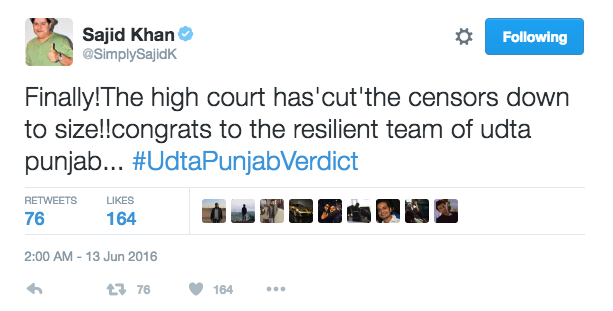 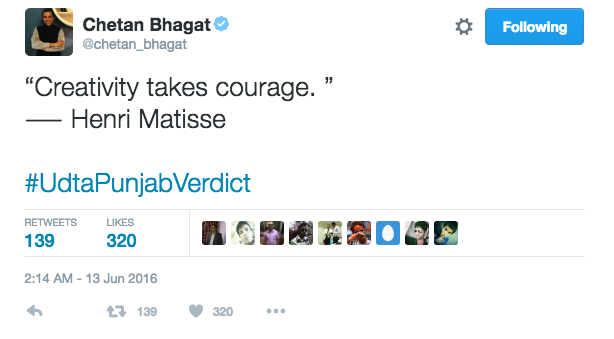 The film, which has been cleared by ‘A’ certificate, stars Shahid Kapoor, Alia Bhatt, Kareena Kapoor Khan and Alia Bhatt in the lead roles.  Directed by Abhishek Chaubey, the thriller will be having a drug mafia, and the characters of the film will be revolving around the storyline of drug abuse amongst the youth.[/tps_footer]