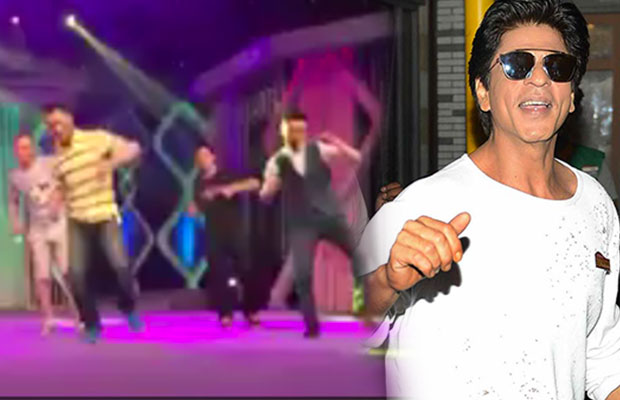 [tps_footer]We know Shah Rukh Khan is a global star. Without acting in a single Hollywood film, the actor is popular all over the world. People around the globe love and adore his work and movies. Well, that’s why he has such a major fan following from many parts of the world.

Well, here’s a proof how SRK is famous in a foreign country. A troupe of Shanghai Kunqu Opera Troupe performed on stage on King Khan’s songs. It is one of the oldest extant forms of Chinese opera. This troupe performed on his song ‘Aankhein Khuli Ho Ya Ho Band’ from the film Mohabbatein. They did a dance on this song for a TV show in China. Well, isn’t that a great news? It’s very rare to see foreigners performing on Bollywood numbers. And this is indeed a proud moment for SRK and Bollywood lovers!

The Shanghai Kunqu Opera Troupe performing on @iamsrk songs on a TV show in China pic.twitter.com/keSCxGPEQd

The Baadshah of Bollywood will next be seen in Gauri Shinde’s Dear Zindagi releasing on November 25, this year. The film stars Alia Bhatt in a vital role. His much-awaited film Raees is scheduled to release in January 2017. The actor will soon star shooting for Imtiaz Ali’s next starring Anushka Sharma is Budapest. He will then be working with Aanand L Rai. In his film, Shah Rukh will play a dwarf’s role. The Dilwale actor recently left for Europe with his daughter Suhana.[/tps_footer]