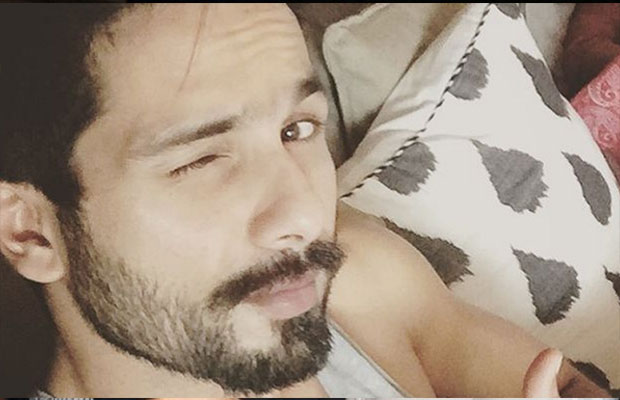 [tps_footer]Shahid Kapoor is living a happy married life with his wife Mira Rajput Kapoor. Their successful marriage gives us major arrange-marriage goals. Well, the couple is soon expecting their first child. Shahid is leaving no efforts to make his wife feel special and takes special care of her.

Recently, Shahid posted a picture on his Instagram. His pic says, ‘Chillies with the mommy to be.’

Well, we are wondering where is Mira in this pic as Shahid himself looks chilled out. Shahid has been every careful towards his wife and always manages to take spend time with her out of his busy schedule. The Kaminey actor never shies from expressing his love, affection, and fondness towards his lady love. Shahid and Mira got married last year. The cute couple is expecting their baby in September.

On the professional front, Shahid’s last release Udta Punjab received a lot of critical acclaims. Shahid’s portrayal of drug-addict rockstar Tommy Singh was quite noteworthy. The actor has another release this year, Rangoon. Directed  by Vishal Bharadwaj, the film also stars Saif Ali Khan and Kangana Ranaut in pivotal roles. The film is set during World War 2 and will release on February 24, 2017. Apart from that, there are rumours that he will be a part of Sanjay Leela Bhansali’s Padmavati. In the film, he will apparently play Deepika Padukone’s husband. Reportedly, it might also star Ranveer Singh in the lead role. As of no, no official announcement about the film and the star cast is yet made.[/tps_footer]