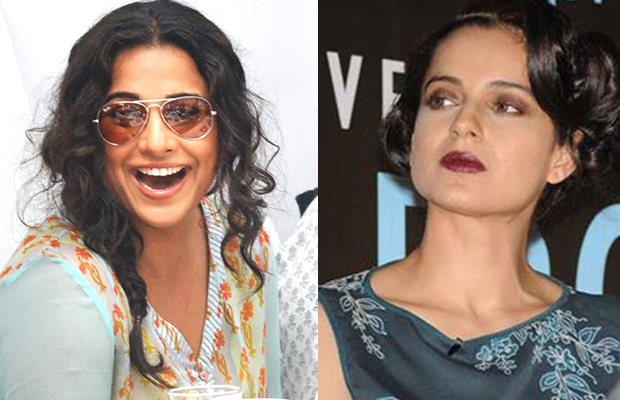 [tps_footer]Vidya Balan is known for her versatile acting skills. The mind blowing actress who has given credible hits in the past is now going to return to the silver screen with ‘Begum Jaan’. Vidya is currently shooting for the film in Delhi and the update is that Vidya’s character in the film will have traits of Rani Lakshmibai too. The starlet will take up the essence of Razia Sultana and Mirabai too.

Queen actress Kangana Ranaut who is much in the limelight for her back to back films will also be seen as Rani Lakshmibai in a biopic. The actress will start shooting for the film after ‘Simran’. Kangana’s Rani Lakshmibai film is much awaited by the audience.

Seems like, Vidya has stolen the thunder from Kangana as she will be the first one to portray the much in limelight character. The Kahaani actress who is ready to portray different avatars in her film ‘Begum Jaan’ has already started preparing for her role.

Film ‘Begum Jaan’ is based on the lives of 11 women who are living in a brothel. Their lives take a drastic turn when they part ways because of the newly chalked LOC. The film is women centric and Balan will once again be in the forefront.

Well, with two credible actresses portraying similar roles, comparisons are bound to be made!

On the film front, Kangana Ranaut apart from ‘Simran’ and Rani Lakshmibai biopic will also be seen in ‘Rangoon’ whereas Vidya Balan will be seen in the film ‘Kahaani 2′.[/tps_footer]