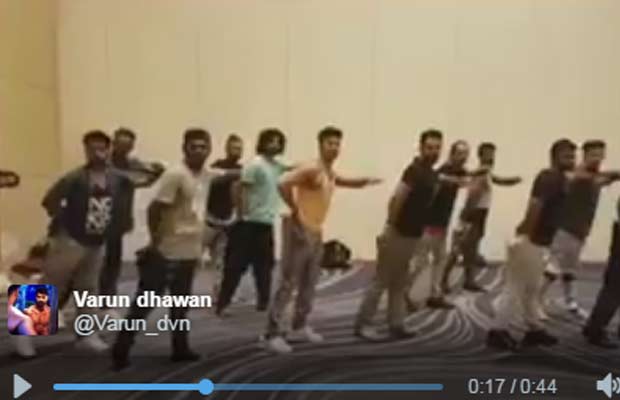 People are going crazy over the Beat Pe Booty challenge. The song from Tiger Shroff and Jacqueline Fernandez’ film A Flying Jatt is a hit and many celebs also took the challenge. The recent actor to take up this challenge is Varun Dhawan.

Lately, Varun shook a leg on this peppy number. He took to his Twitter to share this amazing video. We must say Varun rocked the challenge and looks ravishing in the video. In fact, his is the best dance among all the celebs who took the challenge. His Twitter caption says, ‘Here’s my #beatpebooty video witth @punitjpathak.Best of luck @iTIGERSHROFF @remodsouza @Asli_Jacqueline bootyshaker,.’

Dancer/actor Punit Pathak is also dancing on the song. Both these fantastic dancers gave a stellar performance. Well, it is good to see celebs participating in such wonderful challenges and enjoying. Also, the way they support and promote each other’s films is also something great they’ve started doing now.

The actor’s last film Dishoom won many hearts. This comedy-action thriller also starred John Abraham and Jacqueline Fernandez in pivotal roles. Varun will next be working with Alia Bhatt in Badrinath Ki Dulhania. It is a sequel to their 2014 hit film Humpty Sharma Ki Dulhania. Well, Alia and Varun make a hot pair and we are curiously waiting to see these good looking actors romancing on screen. The film will hit the screens in 2017.