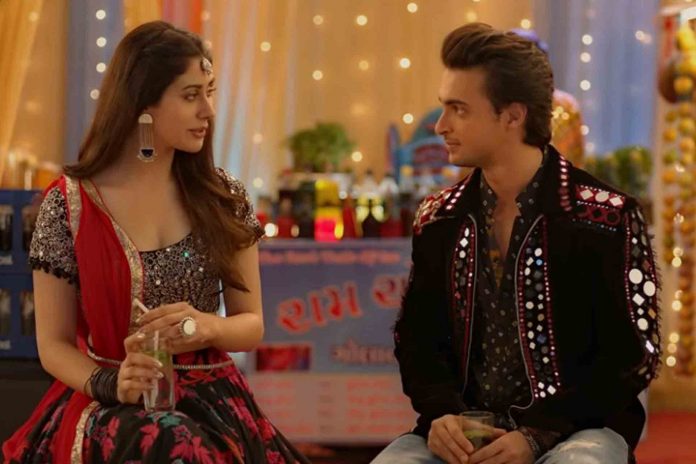 In a never seen before event, makers of Loveyatri are all set to treat the audience with an exciting evening for the biggest musical extravaganza on Wednesday in Mumbai.

The songs from Loveyatri have been ruling the charts with every song creating a stir amongst the audience. The first song ‘Chogada’ became an instant hit owing to the foot-tapping beats and traditional Garba flavor.

After ‘Chogada’, ‘Akh Lad Jaave’ got the audience grooving with the cool club music winning hearts of the audience in no time. The makers of the film then presented the audience with a soulful romantic number ‘Tera Hua’. ‘Rangtaari’ featuring Aayush Sharma added to the festive celebration with its upbeat music.

The recently released song ‘Dholida’ yet again captures the essence of Navratri setting the mood right for the festive season.

Loveyatri is the only film in the recent time that has won tremendous love from the audience for the music of a film starring debutant actors making each song a chartbuster.

It was Salman Khan’s idea to have a huge promotional campaign around the music of the film as he was very confident that it would appeal to the audience.

Having basked in the love and appreciation from across quarters not only for the newly launched talents Aayush Sharma and Warina Hussain, the content of the film, but also the music of the film, Salman Khan Films have multiple reasons to rejoice.

The songs of the film have received over 150 million views on Youtube and are also topping charts on apps like iTunes.

The music album has been getting the audience on the dance floors as Salman Khan was also seen shaking his leg to the songs of Loveyatri at an event at Jaipur recently.

Written by Niren Bhatt,’Directed by Abhiraj Minawala who will also be making his directorial debut with the film.