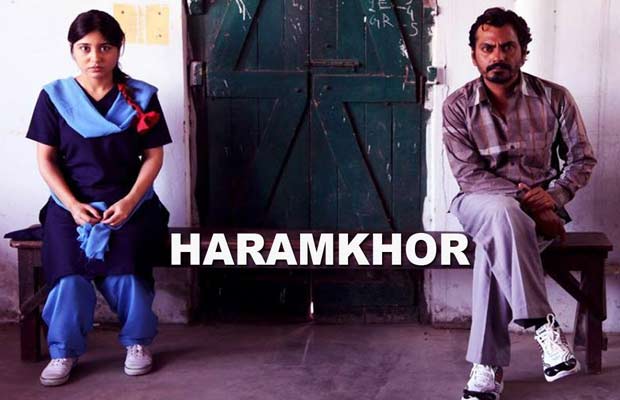 It seems Haraamkhor movie has opened Pandora box full of surprises since the time project came into existence. First, the film sets a new record of “shoot in 16 days, and then in a landmark judgment FCAT reversed their ban on the film. After the completion of Haraamkhor, it won several accolades nationally as well as internationally including winning an award at the Mumbai film festival last year, winning at the NFDC pitch lab and even getting a grant from Vidhu Vinod Chopra at the Film Bazaar last year. Last but not the least it’s been heard that the music composer Jasleen Royal has her chance to surprise the audience with the song Kidre Jawan from the film Haraamkhor. The lyrics of the song reflects a girl’s fantasy towards love and infatuation. The song describes a feeling of a girl who falls in a love with her tuition teacher more than double the age of her own. She is observing love yet confused on the relationship which is treading on physical intimacy. The song is beautifully written by young lyricist Aditya Sharma and has been composed by Jasleen after going through an extensive research and hunting on the song perfect lyrics. Jasleen along with the lyricist and makers of Haraamkhor including the lead actress Shweta Tripathi visited various schools in 3 cities including Mumbai, Delhi and Lucknow meeting up girls students between the age group of 12 to 16 asking questions to them on their first crush, their understanding of love relationship and about their evolution from teenage to adulthood. The entire team spoke with more than 1500 girl students and took anecdotes from their feedbacks that helped Jasleen and the lyricist to pen down the lyrics to prepare the song. The research was long and excruciating but bearing fruitful results at the end. When asked Jasleen about the song and the exercise behind it, she said, “We wanted to make the song authentic and thus to make sure that Shweta‘s character in the film is represented well in the song. The song is actually about anyone who’s in dilemma of choices, sometimes not the best. Situationally we wanted to talk to young girls as that’s many times when they begin to get exposed to the of love, infatuation, and other things. We went and spoke to these girls to gauge an idea of what kind of emotions they feel to ensure our lyrics reflect the real life situations well.

The song turned out to be Jasleen’s one of the favorite and worthy outcome and will surely etch its mark on the minds of its listeners. Haraamkhor has now one more achievements to its credit and waiting for more to hear in coming days.