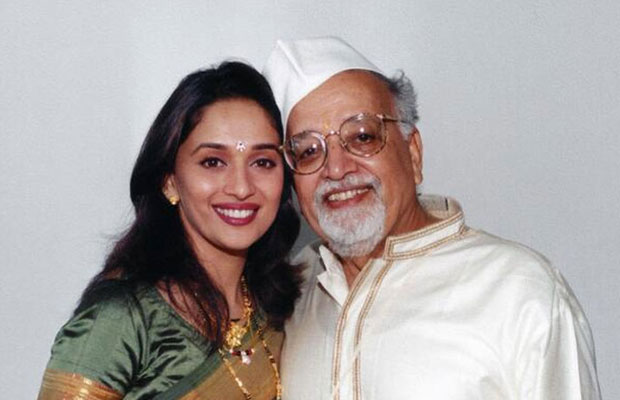 [tps_footer]Madhuri Dixit–Nene was last seen in Soumik Sen’s ‘Gulaab Gang’ with her co-star Juhi Chawla. The film was average at the box office and was critically appreciated as well. Currently, Madhuri is seen as judge on a dance reality show called ‘So You Think You Can Dance.’ Terence Lewis and Bosco Martis are also on the judge’s panel.

Riteish Deshmukh and  Urvashi Rautela were on the sets of the dance reality show to promote his upcoming film ‘Great Grand Masti.’ All the judges and Riteish were in tears as they watched a contestant showcasing  father’s hidden love through his performance. Madhuri took an opportunity to tell people how much she misses her father on a daily basis.

“The father-child relationship is so beautiful. A role of a father in a society is shown so beautifully through the performance. In every family, the father is the head, he is the pillar of strength and everyone is dependent on him.”

Madhuri also stated that “A lot of times, children forget what their parents have done for them. Children must take care of their parents and respect them too. I miss my father every day but today (after watching Aryan’s performance), I miss him more. They have performed very beautifully.”
As the situation was too intense and emotional, Bosco couldn’t hold back the emotions. The dancer broke down and started crying badly. Madhuri and Terence tried to console him but later he was calmed down by his mother.

Bosco said, “I had promised myself that I will never cry on a reality show but today Aryan just touched my heart. My father who could dance and talk today can barely say my name Bosco because of his paralysis.”

We all know that Riteish was devastated when he lost his father. Riteish added, “Everyone who has a father please go and hug them today and tell them how much you love them before it gets too late. Every day, I express my love to my Aai (mother) and tell her how much I love her.”[/tps_footer]