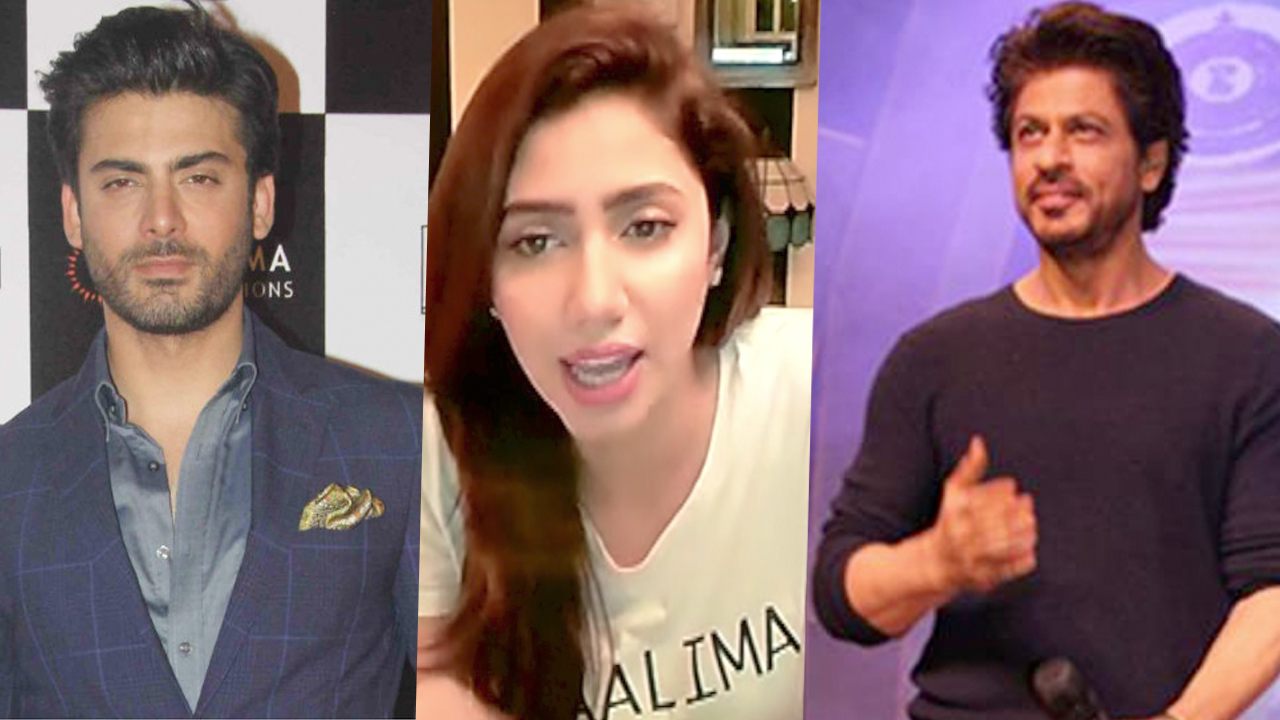 Pakistani actors Fawad Khan and Mahira Khan’s flawless and crackling chemistry has been witnessed by the audience in their television serial “Humsafar”, which was being aired on Zindagi channel before the ban was imposed on Pakistani actors from working in India. Well, their chemistry has always been loved by the audience but Mahira‘s chemistry with Shah Rukh Khan in their recently released film, Raees, stole all the limelight.

The makers of Raees organized a press conference yesterday in Mumbai for Mahira Khan where Shah Rukh Khan, Nawazuddin Siddiqui and producer Ritesh Sidhwani were present. The actress interacted live with the media through video call and surely had the best time. During the interview, Mahira was asked to draw parallels between Shah Rukh Khan and Fawad, as she has worked with both now. To which, Mahira had a very diplomatic answer.

She said, “My first couple of work was with Fawad. He is really lovely. But at no point, I was in awe of Fawad. He is a great co-actor. I still get his calls. With him (points at SRK)…I think to compare both of them would be so wrong.”

Well, Mahira Khan was completely in awe of Shah Rukh Khan and she didn’t miss the opportunity to express the same during her live interview at the press conference yesterday. She said, “When I came to Mumbai airport first, I expected that minimum, there will be a breeze, maximum, that there will be SRK running towards me.”