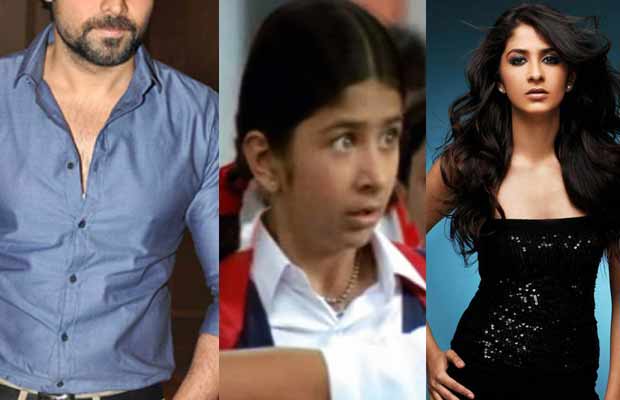 Who can forget the sassy Poo in Karan Johar’s Kabhie Khushi Kabhi Gham? While the elder version was played by the Bollywood actress Kareena Kapoor Khan, it was Malvika Raaj who played the younger one.

Well, that little girl is all grown up now. In fact, she is all set to make her debut in the Hindi film industry. The young lady has been roped in to play the female lead in the film Captain Nawab. The film stars Emraan Hashmi as the male lead.

Talking to Mumbai Mirror about her role, Malvika says, “It’s a performance-oriented role. I liked the script. As part of my prep, I will be learning Urdu and Punjabi and have already begun workshop.”

She also informs that the actor will join the workshop after the release of Baadshaho. Talking about his co-star, the actress says, “His 2008 film Jannat is one of my favourites. I start shooting in mid-October in Mumbai, Emraan starts before me.”

Malvika also says that she always wanted to be an actress. And also that Kabhie Khushi Kabhi Gham just cemented her resolve.

After K3G, she stopped working in the B-town. The reason was her father who wanted her to complete her education first. She says, “I graduated in commerce but continued training in dance and martial arts and also learnt acting from Anupam Kher’s institute. I was not the best in studies but remained at the forefront in extra-curriculars like dramatics and dance.”

Expressing her love of being popular among the peers after K3G, she says, “I loved every bit of the attention.”

Starring Emraan Hashmi and Malvika Raaj, Captain Nawab is going to be directed by Tony D’Souza.