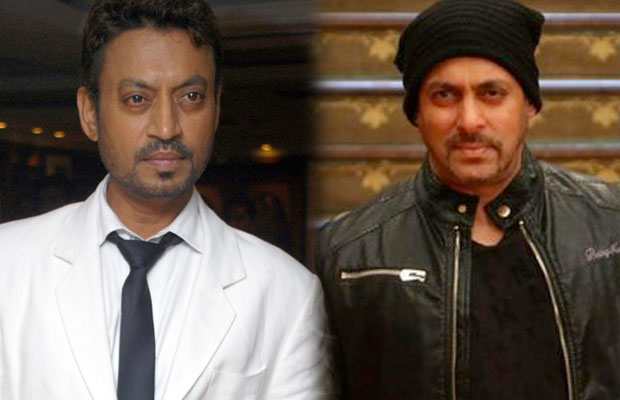 [tps_footer]Irrfan Khan was last seen in Jazbaa and will now be seen in Madaari  and the actor is promoting his film everywhere. While promotions are a part and parcel of the film and questions asked of them are  sometimes mandatory for the stars to answer. And one such question was asked to Irrfan Khan. Irrfan Khan who was busy promoting his upcoming film was asked about Salman Khan’s ‘raped woman’ controversy. We all know that Irrfan is very sorted and sensible as an actor and he believes more in reality and tries to portray facts in the most aesthetic way possible.

Speaking about Salman’s comment Irrfan said, that there are too many issues in our surrounding that we should focus on but then it is our human nature to focus on controversial things. The actor further added that in general, negative remarks are selling more than positive approach. He said he is too disturbed by such negative reports and media should focus more on some productive news. Well, Irrfan said the most important thing in the most sensible way.  On the same note, Madaari is all set to hit the theaters on July 15th, 2016.

What do you think about Irrfan’s comment? Tell us in the comments below.[/tps_footer]