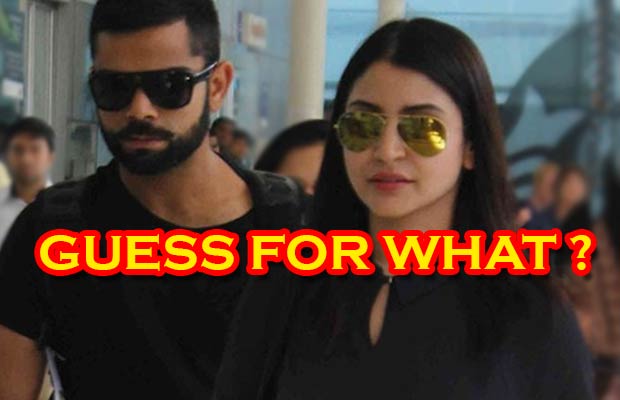 [tps_footer]Anushka Sharma and Virat Kohli are very much back together. After all the complications in their relationship the two talent filled celebrities are again hand in hand. Virat and Anushka have still not confessed their relationship openly in front of the media but their gestures towards each other prove the same.  After the much public break up, the two stars mended their differences.

Reports now suggest that the Sultan actress is also building a strong rapport with Kohli’s family. It is very much known that star cricketer Virat dropped his lady love Anushka at the airport when she was leaving for Budapest.

The NH10 starlet however, not only went to Budapest but then landed in Delhi to meet Virat’s parents. According to reports, the talented actress after her work schedule in Budapest visited Kohli’s parents and the two love birds are now vacationing at a secret destination.

Rumor mills state that Virat and Anushka have already headed to their holiday spot. It can be assumed that marriage might soon be on the cards for the two. Just when, Salman Khan and Iulia were spotted at the Mumbai airport there was no sign of Anushka. Seems like, after the busy schedule the adorable duo has decided to spend some quality time together.

Anushka Sharma and Salman Khan will soon be seen in the film ‘Sultan’. The much awaited film is already in the headlines. A few songs from the movie have already released and are also generating great response. ‘Sultan’ will hit the screens on Eid this year.

Lastly, we can hardly wait for Virat and Anushka to announce their relationship![/tps_footer]