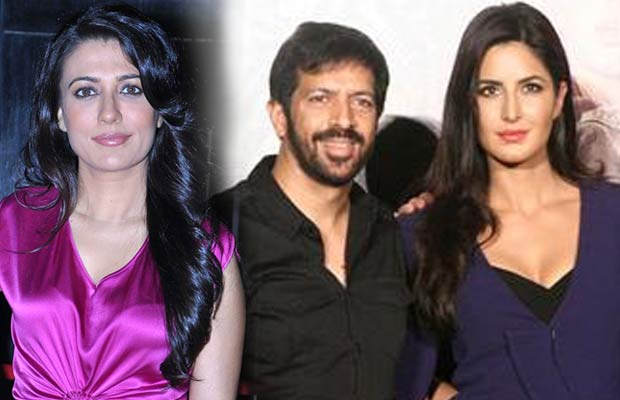 [tps_footer]Katrina Kaif and Kabir Khan have been on good terms with each other. The two talent bundles are a power-packed duo of director and actor. Well, recent reports suggest that Katrina Kaif was quite mad at Kabir Khan. The Bajrangi Bhaijaan filmmaker has worked with Kaif in two films namely ‘Ek Tha Tiger’ and ‘Phantom’.

Rumors now state that Kabir Khan is locking in Deepika Padukone for his next project. The film might star actor Salman Khan opposite the leggy lass. It was speculated that Katrina is not happy with Kabir as he has shortlisted Deepika as his leading lady.

There were reports that Kabir and Katrina’s friendship has gone ugly after the same. Kabir Khan and Katrina Kaif have not commented anything about the speculations. Kabir’s wife Mini Mathur however, has now shared an interesting revelation about the so-called tiff between the two celebs. Mini Mathur, who is active on the micro-blogging site Twitter tweeted saying,

“Ah u are hinting about @kabirkhankk & Katrina? NONE of this is true. Plus 10 for imagination though.”

Well, with this tweet it is now clear that all is well between the Jagga Jasoos actress and the filmmaker. On the work front, Kabir Khan is yet to announce his much in limelight project whereas Katrina Kaif is tied up with two films namely ‘Jagga Jasoos’ and ‘Baar Baar Dekho’.[/tps_footer]