After their marriage they stayed away from the media. After getting Misha into the world too, Mira stayed away. But it was Karan Johar who brought them together on the most popular chat show Koffee With Karan. After they came on the show, their fans went crazy with their chemistry.

Recently, Shahid Kapoor posted a picture of Mira Rajput and Misha and it was so adorable.

Looks now the two are very comfortable being open about their personal life.

Now Mira posted a picture of Rangoon actor and husband Shahid Kapoor while working out the amazing body he has.

This is what she captioned the pic, “That’s a #dadbod”. 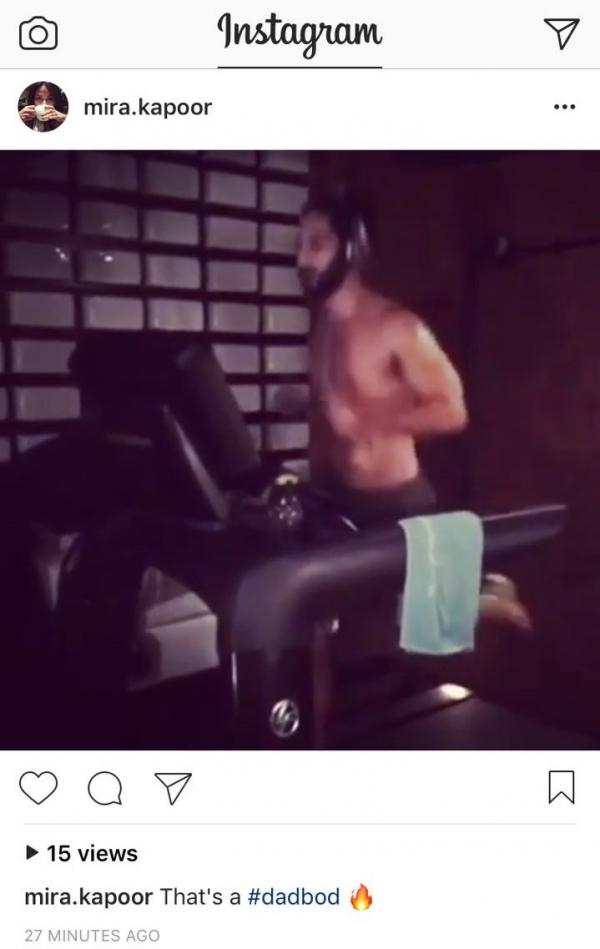 Shahid Kapoor will now be seen in Rangoon releasing on February 24th. The film also stars Kangana Ranaut and Saif Ali Khan. Shahid is seen romancing Kangana and plays a soldier who is on duty. The film is story of an era making it more appealing in terms of cinematography.

Also, Shahid Kapoor is seen promoting the film and says he will celebrate this birthday with family and Mira Rajput along with daughter Misha.

This is the first birthday when his daughter will be with him.

Well! Let’s wait for his film to hit the screens. We might get a better look of him in the film.