British-born Indian National who is a model and became famous post her stint in Bigg Boss house, Sofia Hayat is in the news again!!

Last time when you heard about her was when she got ‘Swastik Tattoo’ on the sole of her feet. She not only received a lot of criticism from social media, but an official complaint was lodged against her as well.

Now, she has shocked everyone again by declaring her engagement!! Yes, you read that right. Sofia posted a picture on her Instagram account, where she announced about her engagement.

Sofia built up the whole thing by first posting just a picture of her ring and wrote, “When you meet someone who makes you feel the most beautiful you could ever feel .. I had to say yes. I am now officially engaged. Ecstatically happy and gratetful. Sometimes you just know. After 1 week of dating..yet knowing each other so deep…we knew. Love is infinite..and so great. When you feel this amount of unconditional love in such little time..you know. Always be true to your heart..for it only knows the truth. This is the marriage the heavens have been waiting for. The cosmic mother has finally been reunited with the cosmic father..and in our abundant Unconditoonal LOVE..the world will come to know it to. The alchemy of sacred sex brings about changes to the world in a way you never thought possible. The SUN The Father..is now here.”

Yep, as admitted by Sofia, they were dating for merely a week before getting engaged to each other.

And then she posted a selfie flaunting her ring on her finger and captioned it, “Happily engaged”. She then kept her fans updated about the happenings of her special day. According to her post, the newly engaged couple went for a romantic dinner to celebrate the special event. While posting the picture, she captioned it “Intimate dinner at Sketch to celebrate our engagement in the private room in the Lecture room restaurant….they made us a congratulations cake..spreading the love.” 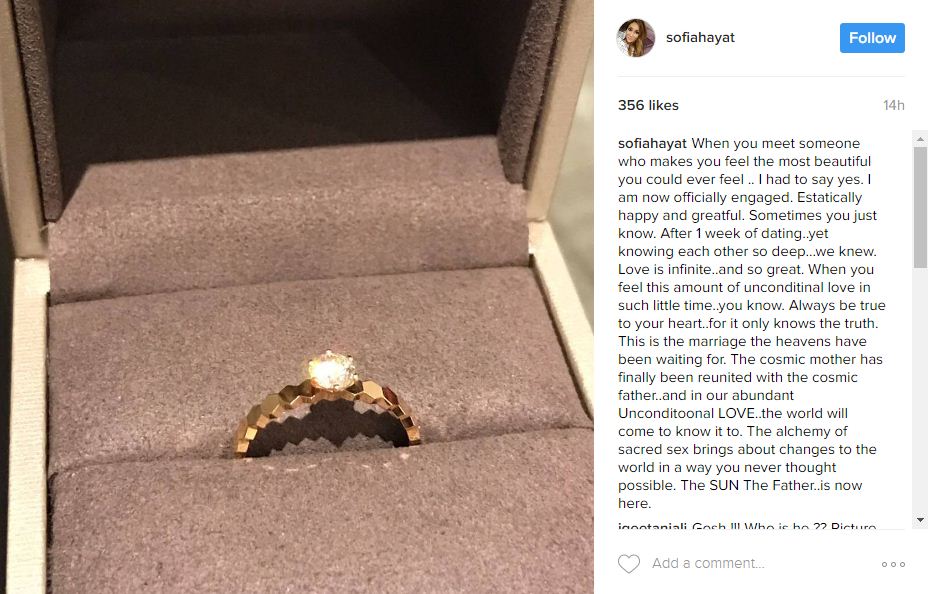 We wonder who the mystery man is!! Hope that is soon declared by Sofia too. 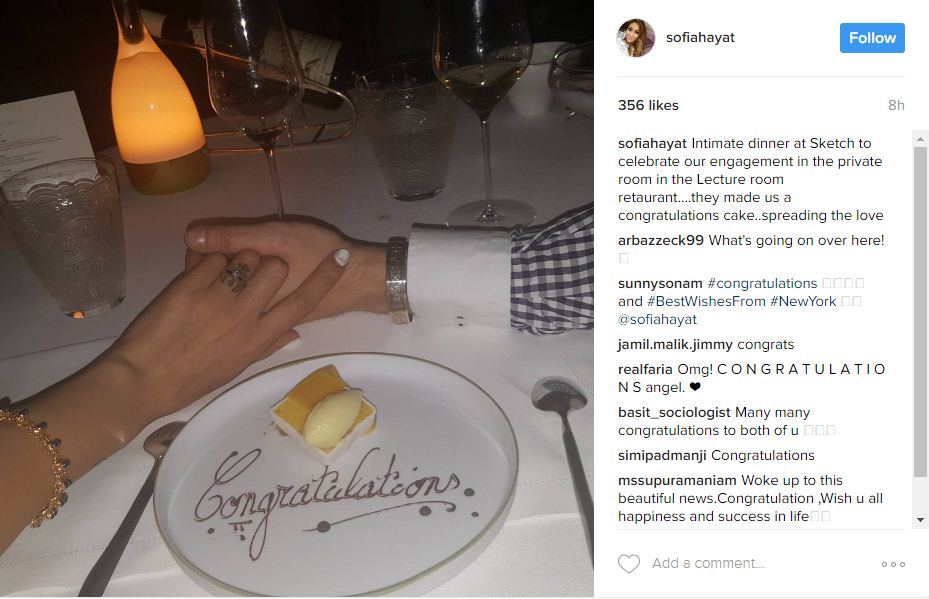 Congratulations to the duo!! 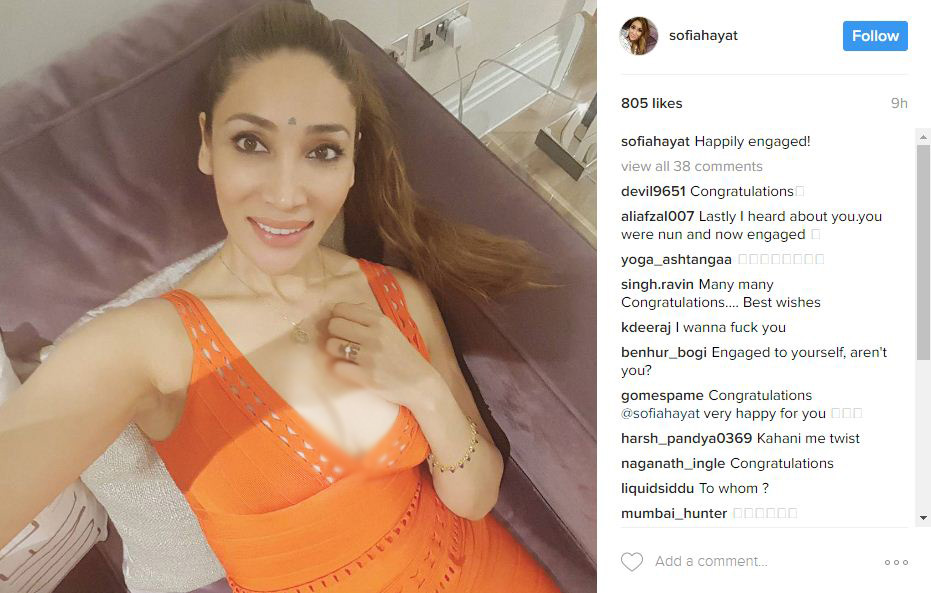