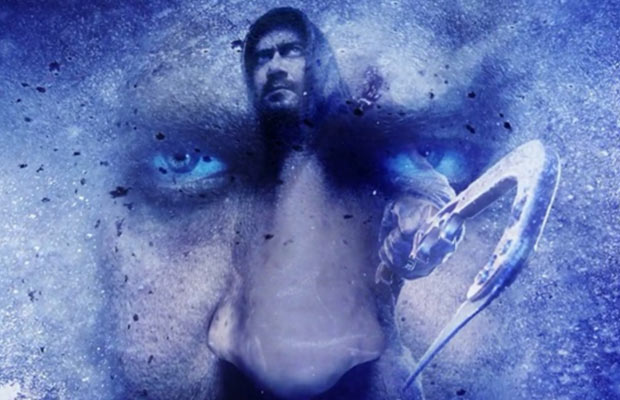 [tps_footer]Ajay Devgn’s starrer Shivaay trailer is all set to release with Akshay Kumar’s upcoming film Rustom. Two days prior to his trailer release Ajay Devgn posted motion poster of his film Shivaay. The 0.31 seconds motion poster is titled as the Destruction in Motion by Ajay Devgn. Ajay Devgn’s mark his debut as a director in this film in which he will also be acting, the film already made us eager after they released the poster and now this motion poster has doubled our curiosity to watch the film.

The clip shows Ajay Devgn holding hand of the teen Sayyesha Saigal and then the video focuses on Ajay’s face which portrays his intense eyes and face covered with ice particles. Along with the cool icy effect we can see apparently a bomb blast happening behind Ajay Devgn. The background music of this motion poster will give chills and make you eager to watch the film.

Ajay too is waiting for his film to released ad loved by all his fans. Devgn is appreciated to shoot dangerous shots for the film. He wants the film to be applauded by the audience.

The film Shivaay was shot in the locations of Balkan Mountains of Bulgaria. Looking at all this poster and poster the film will sure witness too many action sequences. Shivaay is set to hit the silver screen in the festive season of Diwali[/tps_footer]