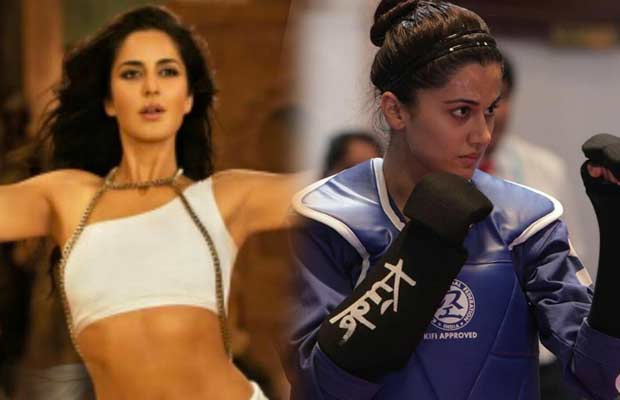 Cine-goers have always had a soft corner for films based on intelligence agencies, as it gives them a nail biting experience, putting them at the edge of their seats.

To see a protagonist as an undercover agent is always interesting and the suspense associated with such stories keeps the audience engrossed and entertained.

Bollywood has largely celebrated films on the espionage genre, however the Indian audience have yet not been introduced to a real female spy.

Not very long ago, we had witnessed Katrina Kaif playing the role of an undercover agent in ‘Ek Tha Tiger’ called Zoya, where she was showcased as a glamorized version of a spy, which was far from reality.

We now see yet another actress playing an undercover agent and this time, there seems to be no fabrication. Taapsee Pannu plays the titular role in the upcoming ‘Naam Shabana.’

Shabana is a real spy, who has trained hard to perfect her action skills so that she can protect her country. Zoya’s character, on the other hand, seemed almost like a fictitious version of a spy, where no training or hardcore prep was undertaken by Katrina. Zoya was seen belly dancing whereas Shabana is being seen as a fighter and a protector of her nation’s security, which is what a real spy is entitled to do.

Continuing the onset of content oriented film, Taapsee Pannu’s Naam Shabana will introduce the Indian audience to the life of a spy, with the film bringing to the big screen the recruitment process, training, family set backs and missions undertaken by a spy.