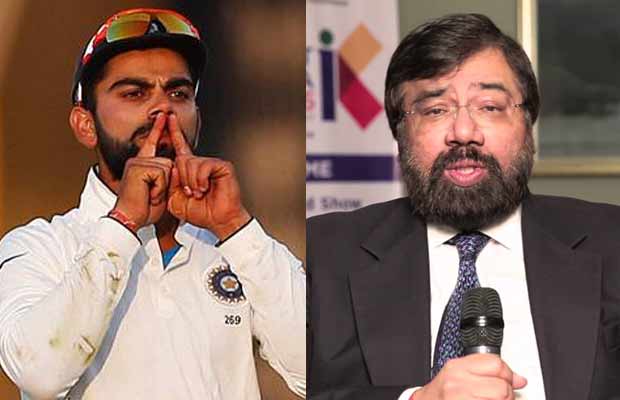 If you are a cricket fan, I am sure you might who Harsh Goenka is. He is the brother of an IPL franchise Rising Pune Supergiant’s owner. Last time, Harsh was slammed for tweeting about the former Indian cricket team captain MS Dhoni for his poor performances in IPL 2017. Wel, he is back in the news again for making another controversial tweet. This time against Indian Captain Virat Kohli.

There were rumours of a rift between the Indian captain Virat Kohli and now the former coach of the team, Anil Kumble. This is said to be the reason why Kumble quit from his post. Many former cricketers have opined that Kumble has been mistreated by the captain. Looks like Harsh has also joined the club to criticize Virat.

However, in one of his replies to a Twitter user, Harsh was all praises for Virat Kohli. Take a look:

haha…well said Harsh. Kohli does not have the statesmanship that Indian Cricket team’s captain should display

I don’t agree sir. Kohli is the best player and a great aggressive captain