By now it’s known to all Bollywood actress Deepika Padukone has made it big in Hollywood. The Bajirao Mastani actress who has geared up for her Hollywood debut project, Xander Cage opposite Vin Diesel, has now become a talk of the town internationally too. The actress has grabbed all the limelight but it seems, foreign media has a history with the actress.

Deepika Padukone recently made her red carpet debut at the international MTV EMA Awards 2016. The actress looked stunning in Monisha Jaisingh thigh high slit cut skirt paired with shimmery black bustier accessorized with a black belt and green statement danglers. But Daily Mail has named her among the worst dressed celebs list and termed her look as ‘Bollywood Blunder’.

Well, we are trying to figure out the blunder still and it seems, Daily Mail needs to find a genuine one too. Deepika also presented the Best video Award to the Canadian artiste “The Weeknd”. So her attendance at MTV EMA Awards was not all about her red carpet appearance, it was surely more than that. 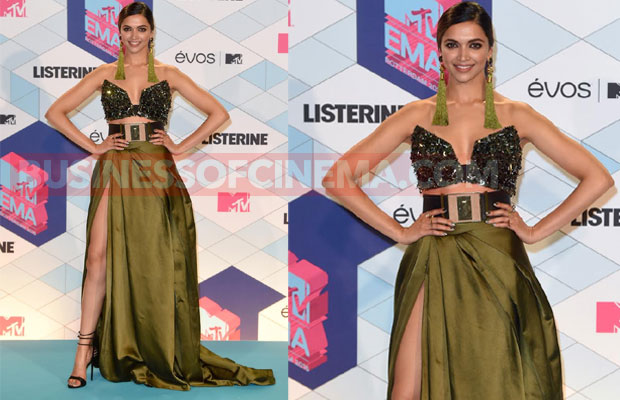