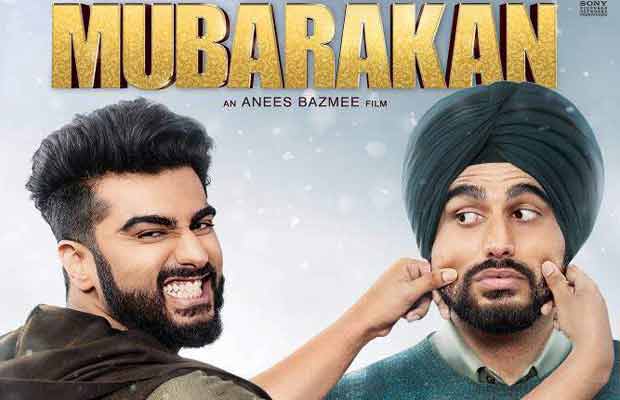 Director Anees Bazmee’s latest comedy of errors, Mubarakan centers on a pair of twin brothers who are unable to communicate clearly and, basically, are wimps. Charan and Karan were separated at birth, but not by accident. After the death of their parents in a road accident, Charan is adopted by his uncle in Punjab and Karan is brought up in the UK by his aunt.

Confused yet? Anyway, to add to the confusion, the brothers beseech their unmarried uncle Kartar Singh (Anil Kapoor) for help in sorting out their predicament. This marry-go-round leads to much hilarity, chaos and histrionics taking place between Punjab and London. Ratna Pathak Shah plays the London-based aunt with her usual dose of overacting. Pavan Malhotra, a fine actor and usually so impressive, jars with his shouting performance as the Punjab based uncle. Arjun Kapoor lumbers through and seems to have spent more time on his costumes and hair than his lip-synch and characterizations. The three girls bring little to the party, saving D’Cruz who is quite believable as Sweety.

There are enough choreographed songs, bright colours and hilarity to appeal to family audiences and those happy to crunch popcorn and enjoy a volley of jokes in Mubarakan.