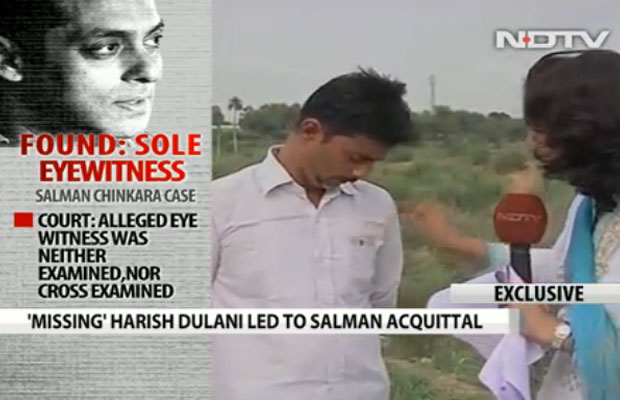 Bollywood actor Salman Khan was acquitted from chinkara poaching case because of lack of evidence. On Monday, the Rajasthan High Court acquitted Salman Khan in blackbuck and chinkara poaching cases of 1998. Now, in an interview with NDTV, The man who was driving the jeep used by actor Salman Khan during an alleged hunt in Rajasthan in 1998, makes some shocking revelations. He revealed that he would have come forward in the court if his family had got protection after his family was threatened.

“My father received threats, so I got scared and moved out of a town near Jodhpur. If I had police protection, I could have given a statement. That was what I always intended,” said Salman’s  driver Harish Dulani

The court overturned the earlier verdict that sentenced him to jail for life as there was no evidence proved that the animals who were found dead were shot by Salman Khan‘s licensed gun.Reportedly, as the driver went missing, the case against Salman Khan had weakened.

On the other hand, another case about Salman Khan‘s alleged poaching of endangered blackbuck is yet to be decided in Rajasthan. Now it remains to see if state government decides to overrule the decision to the Supreme Court or no over the recent verdict.

The next hearing of the case will be on August 10.