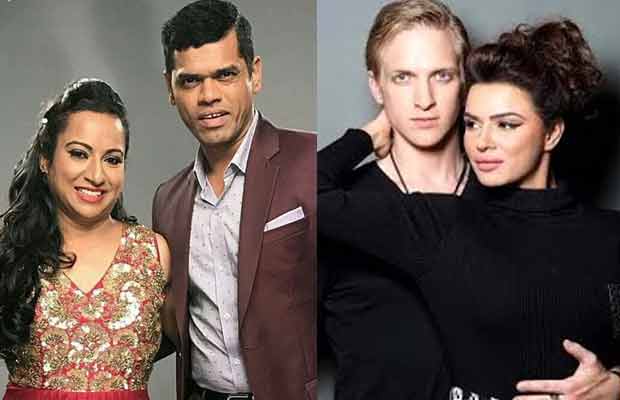 Nach Baliye 8 evicted couples Siddharth Jadhav and wife Trupti, and Aashka Goradia and her fiance Brent Goble returned to the show after performing well in the wild card round.

The celebrity dance reality show, Nach Baliye 8 is getting interesting with each passing day. The celebrity couples are seen entertaining the viewers with their thrilling dance performances. The makers of the show are doing their best to keep the audience hooked to the television. The competition on the show is getting tougher and more difficult for the judges as one Jodi has to be eliminated every week. However, the celebrity couples are doing their best to survive each week in the game.

Nach Baliye 8 has got its top six with the return of its previously eliminated couples – Siddharth Jadhav and wife Trupti, and Aashka Goradia and her fiance Brent Goble. The other four contestants on the show are Divyanka Tripathi-Vivek Dahiya, Sanaya Irani-Mohit Sehgal, Sanam Johar-Abigail Pande and Dipika Kakar-Shoaib Ibrahim.

The wild-card special episode, shot on Tuesday evening, saw the evicted couples competing against each other to win back the ticket to the show. While it was earlier decided that only one out of all the couples will be chosen as the wild-card entry, judges were forced to pick two, as both the jodis were quite impressive. Siddharth-Trupti and Aashka-Brent fought against Utkarsha Naik-Manoj Verma, Pritam Singh-Amanjot and Mona Lisa-Vikrant.

Newly evicted Bharti Singh and beau Harsh Limbachiyaa didn’t compete for the wild-card entry because apparently they didn’t want to return to the show. The couple got eliminated in the latest episode which will be telecast in the coming weekend. Bharti-Harsh lost to Sanaya-Mohit in the danger zone. Their eviction comes as a surprise as their last performance had left judges happy.

Nach Baliye season 8, which began last month, is in its midway. The competition is getting tougher and the judges have made it more difficult for the contestants by announcing that a person will not be allowed to dance with his or her choreographer if their partner is injured. In the past, Vivek and Bharti performed with their respective choreographers after Divyanka and Harsh injured themselves.

Let us know which is your favourite Jodi in the comments section below.