Nach Baliye Season 8 has begun and fans as usual are going crazy over the show. This season has a variety in contestants and the TRP is surely getting up day by day. The show is judged by Sonakshi Sinha, Saroj Khan and Terrance Lewis.

Now that the show has begun since April 2nd, the pattern is going to be followed for sure. From eliminations to danger and safe zones the show will witness severe ups and downs. Someone’s favourite couple might be kicked out while someone’s favourite might just win the trophy.

But now as the journey has begun, eliminations are going to take place and they’ve already began eliminating couples out of the show. The elimination round happens at the end of the week and April 2nd to April 12th is longer than a week.

Now, we are going to tell you who’s been kicked out of the show after giving their best. If Utkarsha Naik and Manoj Verma are your favourite then take a tissue and wipe your tears as this couple has been eliminated in the first round.

Utkarsha Naik and Manoj Verma had performed on the song ‘Jag Ghumeya’ as their first performance, which was more of an act and had many funny elements in it. The audience and judges both enjoyed it pretty well but none of it worked. 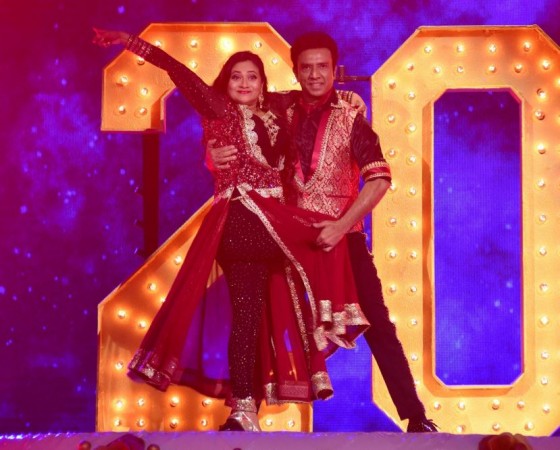 But the audience is going to stick through it till the end as there are many other moments to rejoice for. Not to forget that the show is so entertaining and joyful. We wish Good Luck to the rest of the partners in crime from Nach Baliye 8.

Divyanka Tripathi and Vivek Dahiya are our personal favourites. Which one is yours? This is just the beginning and there’s a lot that is going to come up.

Do you think Utkarsha Naik and Manoj Verma will make it through the wild card entry? Getting eliminated in the first round is like not getting enough time to prove yourself. We think they should-should get a second chance on the show.