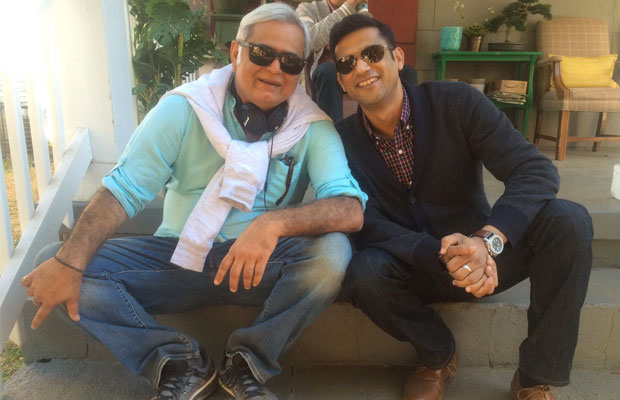 Hansal Mehta is one of the finest filmmakers of the country.

His films like Shahid, Aligarh, and City Lights has been applauded by the critics and well received by the audiences all over. His films have also been appreciated at various international film festivals across the globe.

Sohum Shah is an admirer of Hansal Mehta‘s work. After watching Hansal Mehta‘s critically acclaimed film ‘Shahid‘, Sohum was awe struck by Hansal‘s direction and was keen to work with the talented director.

Sohum has now got a chance to work with Hansal Mehta in his next directorial ‘Simran‘, alongside Kangana Ranaut.

Hansal Mehta has always been on Sohum‘ wish list of directors, that he wants to work with.

For Sohum, working with Hansal in ‘Simran’ is like a dream come true.

He recently even shared a picture of him and Hansal from the sets.

Sohum is of the opinion that Hansal Mehta pushes his actors a lot and gets the best out of them, by helping them getting into the skin of their character.

Sohum‘s spokesperson adds, “ After watching Shahid, Sohum has become an ardent fan of Hansal sir’s work. Hansal sir’s school of film-making is very realistic, unique and different. Sohum loves how his work is full of simplicity and honesty. Getting to work with Hansal sir is indeed a learning process for Sohum.”

Hansal Mehta‘s ‘Simran’ is being shot in the U.S. and is based on a real life story.

One of the best thing about the movie is it brings three national award winners i.e. Sohum Shah, Hansal Mehta and Kangana Ranaut together under one roof.