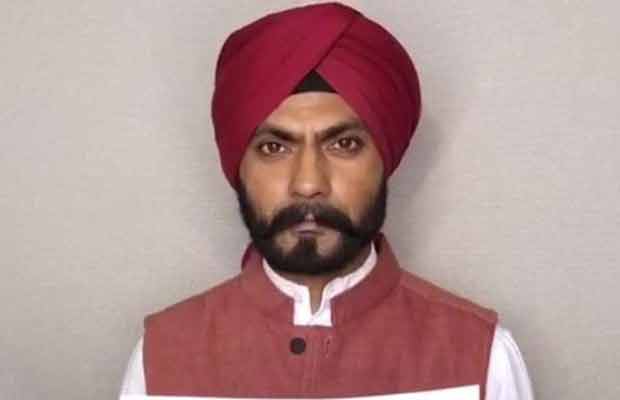 Nawazuddin Siddiqui has a very awe-inspiring story of his success in Bollywood. From being a rag-picker in Aamir Khan’s Sarfarosh to appearing in a parallel role with Shah Rukh Khan in Raees.

He is trying to be inspirational as a person in real life as well. He took to Twitter to share a video titled ‘Sixteen Point Six Six’ which is his take on what his religion is. And you’ll be surprised to know it is not Muslim!

The video starts with him introducing himself in regular clothes, holding up a placard that reads “Hi, I am Nawazuddin Siddiqui.” The next one reads “I had got my DNA test done and when the report came in, I found that I am…”. He is then dressed in white kurta-pyjama with a saffron cloth over his shoulder and a vermillion on his forehead. He now holds the placard that reads ‘16.66% Hindu’.

Then dressed in a black bandhgala with a white karakul, with a placard that says ‘16.66% Muslim’.

Then he wears a red turban with a thick moustache and the placard reads ‘16.66% Sikh.’

Nawaz then wears the robes of a member of the church with a cross around his neck and the placard reads ‘16.66% Christian.’

He then wears a Buddhist monk’s robes and the placard says ‘16.66% Buddhist.’

Finally, he says that when he ‘discovered his soul’; he found that he is ‘100% artist’.

Isn’t this an innovative way of expressing his emotions and stand on secularism? This is a small but important contribution made by Nawaz on the ongoing national debate on secularism in the country.