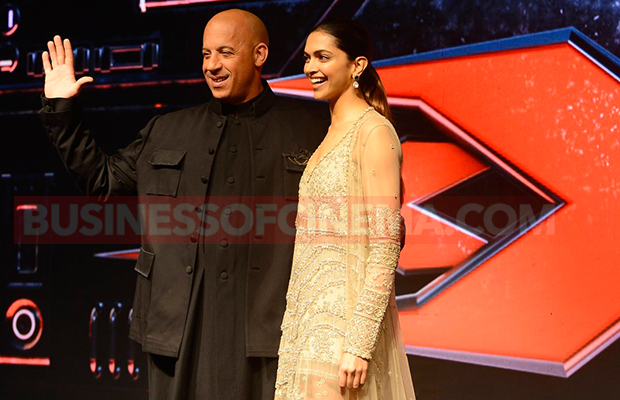 We have heard Vin Diesel gushing about his female lead, Deepika Padukone from day one. From talking about her strong performance skills, the diva that she is to the person that she is, he has never hesitated in expressing what he thinks of Deepika.

In this smashing Hollywood debut of Deepika’s, she has not only held her own but also matched up to Vin Diesel as the female version of Xander, an extremely powerful, independent character.

Being the first Indian actress to get such a massive Hollywood debut in a popular franchise film, alongside a big name like Vin Diesel, playing such an important role in Global cinema is an achievement for Deepika, credit to her immense hard work and popularity.

Vin feels no one else has done what Deepika has managed to do. In a recent interview while he was in India for promotions and the grand premiere of the film, he said, “Women are pioneers of so much in life and were never thought of as pioneers. To see someone with her majestic charisma, you know, is not something that happens everyday. And I wouldn’t even put her in the category with other actors, i would just isolate her and celebrate her and she’s the one doing it as i haven’t seen anybody else do exactly what she’s done. We’ll see in cinema over the next couple of years if there’s somebody that’s played this role like Serena.”

This will surely open doors for other actors from Indian cinema to explore bigger opportunities in the International cinema as well.